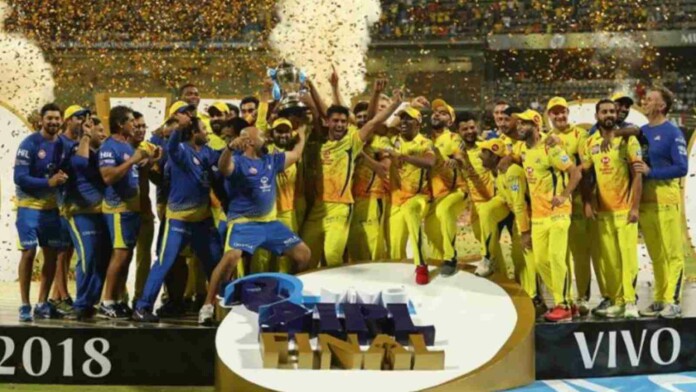 Chennai Super Kings is a bona fide elite team of the IPL. They were the early trend-setters of the tournament and one might even argue that this team has been a major propagator of the league’s popularity. That the IPL has caught everyone’s imagination to the extent we see it today is – in a big way – a consequence of MS Dhoni’s CSK.

The brand of CSK today is almost untouchable – the yellow colour of the jersey, the catchy theme song, its passionate fans and of course, Thala Dhoni are all integral parts of CSK the brand. The fact that the management arranged an entire train to carry their fans from Chennai to Pune on CSK’s reinstation to the IPL speaks volumes of the mutual affection shared by the three-time winners and its loyal supporters.

Thus, it becomes a rather difficult exercise picking the best ever XI of CSK. In fact, for any team participating in any competition with such distinction means that certain pedigreed players will miss out. Hence, in selecting the XI players for our side, we have kept certain soft guidelines. Firstly, importance has been given to CSK’s most successful period, particularly, the title-winning IPL seasons. Secondly, a strong consideration has been made on the home conditions of the team. In CSK’s case, the MA Chindambaram Stadium is a slow wicket that assists spinners. Thirdly, the captain’s style of leadership has been taken into account. Finally, the team will comprise no more than four overseas players.

Some tough choices ahead for CSK’s best IPL team. Here we go!

Mike Hussey and Murali Vijay are our two openers. Vijay was a key member of CSK’s winning teams from 2010 and 2011. The opener has won three IPLs with CSK – a regular in two of them. In fact, in the runners-up campaign of 2012, Vijay scored a century in the second qualifier.

On the other hand, Mike Hussey is CSK’s most impactful overseas top-order batsman, playing an integral part in their 2011 winning campaign, scoring 492 runs at an average of 41. While Faf du Plessis has technically won two IPLs with CSK, he played no games in 2011 and only six in 2018.

Chinna Thala Suresh Raina is an automatic pick for number 3. He is almost synonymous with CSK and has been a dependable bet throughout the years. A livewire on the pitch, Raina is the beating heart of CSK. One of his most unforgettable knocks came in qualifier 2 of 2014, taking CSK to 100 runs in the powerplay.

At number 4 is CSK’s crisis man S Badrinath. He will act as the floater in the batting order – covering for early wickets. If the top three get off to a flier, the big hitters can come in ahead of him. Badrinath pips Rayudu, having played in the successful 2010 and 2011 campaigns where he scored a combined 752 runs at an average of 42.47 and played all games. MS Dhoni at number 5 will be the wicketkeeper and captain the side and there really needs no justification for Mister CSK himself.

Ravidra Jadeja walks in at number 6 with his all-round skills – batting like a warrior, bowling like a wizard and fielding like, well, like only he can. The left-handed all-rounder adds a lot of balance and variety to CSK. The smooth mover Dwayne Bravo is our pick at number 7. The Trinidadian is a two-time Purple Cap winner and both times, he achieved the distinction as a CSK player. Apart from his bowling, Bravo is an established batsman and even in his later years – remember the opening game of 2018 – he has been able to win games with the bat. Plus, Bravo is a gun fielder and a death overs specialist.

Following Bravo at 8 is Albie Morkel. The South African is an extremely underrated IPL cricketer. He can open the bowling, finish games with the bat and is an established fielder. One of the lasting memories of Albie Morkel is the massive six at Chinnaswamy when he sent the ball over the roof and outside the stadium.

Adding to the spin of Jadeja and part-time off break of Raina is local boy R Ashwin. The seasoned performer is an IPL stalwart and one can never forget his expertise with new ball and old. A lasting memory of Ashwin’s is checkmating a rampant Chris Gayle for zero in the 2011 final.

Doug Bollinger completes the overseas and pace bowling quota. He was a genuine quick bowler – a must in the CSK model with the new ball. The left-arm quick adds variety, pace and also, death bowling ability. In CSK’s victorious 2011 campaign, he finished with 17 wickets at an economy rate of 7.

The final spot goes to Shadab Jakati. That is solely because CSK likes to pack their team with spinners. Dhoni likes having options and in their peak, would choke the opposition in the middle with slower bowlers. He had an economy rate of around 7.6 in 2010 and 2011, picking up 23 wickets.