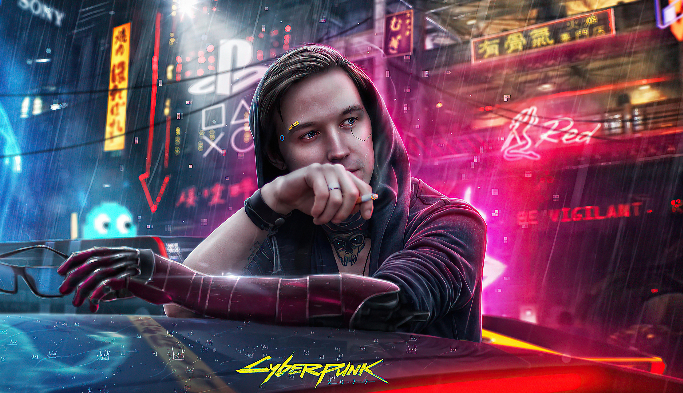 The wall running feature was scrapped in CD Projekt Red’s Cyberpunk 2077. It has been brought back into the game because of mod creator Saturne. The open world, sci-fi game was released in December to high sales and a heavily mixed reception from critics and fans alike, with that latter response being due to its many prevalent bugs and cut or underdelivered features that were previously promised by the developer.

An enormous modding community has sprung up to fill the gaps that CD Projekt Red could not quite deliver on since the game’s release, with Nexus Mods currently playing home to over 1,500 mods for Cyberpunk 2077 alone. Just recently, a mod was released which restores quests that were cut during development.

New Wall Running Feature In The Mods By Nexus Mods

Nexus Mods user Saturne has recently released a mod that brings the wall running feature back into Cyberpunk 2077. Wall running was a feature first teased by CD Projekt Red at E3 in 2018. The teaser showed Cyberpunk’s protagonist, V, traversing the walls of Night City and using their Mantis Blades implants to keep their footing and scan enemies while doing a cool-looking wall-hang. Despite being shown off at E3, this wall running feature was later cut for design (or, more likely, polish) reasons.

While the mod does not work exactly the same as was shown in the early demo, Saturne does said that it is still a work in progress with a comment, “Don’t expect anything sick, it’s barely usable at the moment, it’s more of a proof of concept for myself.”

Players using the mod will be able to traverse the walls of Night City by simply pressing the jump button twice when next to a wall, then pressing jump again when they are ready to hop off. Initially the mod released with some fairly troublesome glitches, where players would clip through the wall if not facing straight ahead while wall running, and many walls were not compatible with the mod.

However, Saturne has been working steadily on the problems, first fixing the wall clipping issue, and now players are able to wall run on 95% of the walls in Night City. Although the wall running mod may not be fully polished just yet, dedicated modders like Saturne are continuously bringing new (and cut) features into the game that may never officially be addressed by CD Projekt Red.

Also Read – All Smart And Unique Weapons In Cyberpunk 2077 Ranked