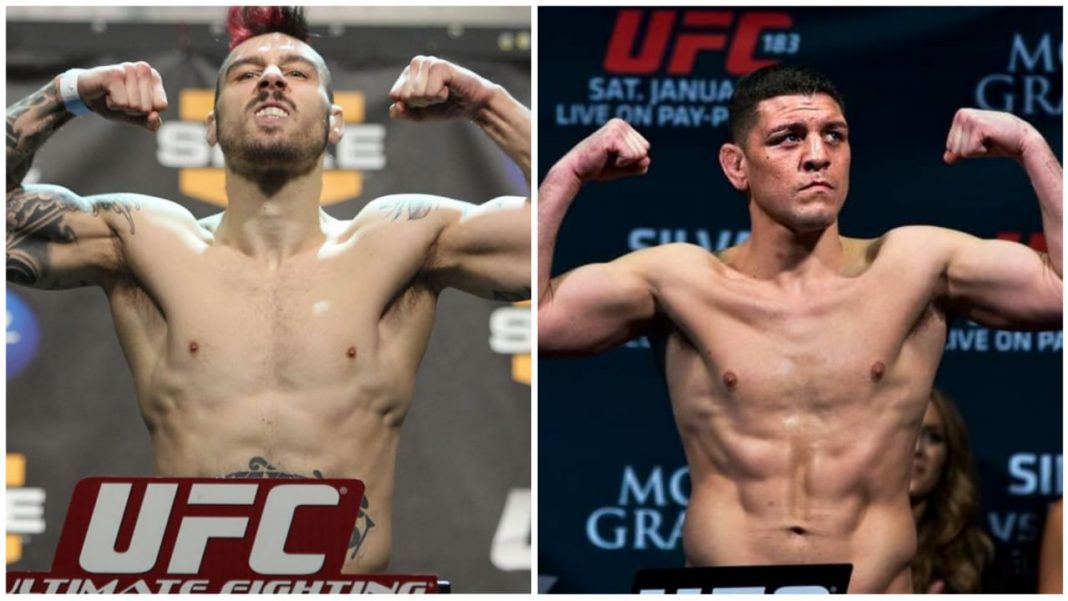 It’s been almost 9 years since the rough-and-tough Dan Hardy stepped inside the octagon. The man from Nottingham who is currently an analyst has hinted at a comeback at a ripe age of 38. After a possible bout with Matt Brown, fell out he has switched his attention to another opponent – none other than Nick Diaz! Like Dan Hardy, Nick Diaz has also been flirting with the possibility of a comeback, and Hardy has seen this as the right opportunity to call the older Diaz brother out.

Dan Hardy took to Twitter to call out Nick Diaz, saying he was down for whatever – ‘Any rules, any promotion, any arena’. All Dan wants is to get back to the octagon which has been his happy place.

Dan Hardy tweeted, “So now @IamTheImmortal is matched, I suppose I’ll jump to the next name on my list. Where’s Nicholas Diaz at? Any rules, any promotion, any arena. Back to fighting for respect again… My happy place.”

Dan Hardy who has a record of 25 wins and 10 losses in his professional MMA career, last fought Amir Sadollah at UFC on Fuel TV : Miocic vs Struve. He won the match via. unanimous decision. Just a few months later Hardy was diagnosed with Wolff–Parkinson–White, which put his career in jeopardy. He hasn’t fought since then.

Nick Diaz, on the other hand, last took on Anderson Silva in January, 2015. Originally a unanimous decision win for Silva, but it was later deemed a no-contest since both the fighters tested positive for banned substances. Nick Diaz too boasts a record very much similar to that of Dan Hardy (26 wins and 9 losses). It is a tough ask, knocking the West Coast Gangster out.

Who do you think will win, if these old veterans square off?