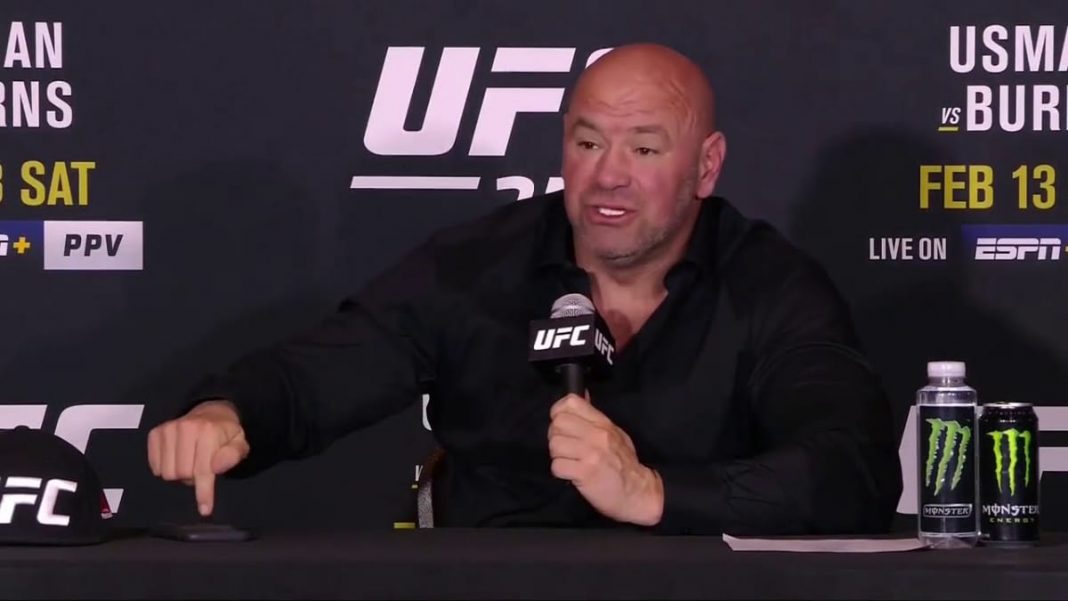 UFC President Dana White has always had his money on Welterweight champion, Kamaru Usman. The promoter was all praise for the Nigerian Kingpin after his title defense against Gilbert Burns. Dana pointed out a lot of good attributes about the champion in the UFC 258.

Dana White talked about Usman’s physical toughness against Burns. In the first round, Burns caught Usman hard and almost knocked him out. Thanks to Kamaru’s ability to take a punch he outboxed burns. Dana was appreciative saying, “For all the attributes that Usman has, his chin is probably his best one,”. White told the reporters, “This guy’s got a chin from hell. He took some big shots tonight and just kept coming forward.”

Dana White reveals what Kamaru told him after the fight

Usman and Burns have spent countless hours in the gym together training. It is only fair to say that they both know each other inside out. It was visible in the earlier stages of the fight, Burns got the better of Usman.

At the Post-match Dana revealed that he had met Kamaru. “I was just talking to him there, and he said, ‘[Burns] buzzed me with that first shot, but I’ve been there with him before.’ He said he used to get hit with that punch when they used to spar, and it just made him mad, and he said, ‘I’m going to finish him.’”

Burns admitted that he got excited and lost track of the fight after he got Usman in the first round. Kamaru came back strong in the second round and replied with a knockout. Burns never fully recovered from that.

Also read “What’s yours is mine,” says Jorge Masvidal replying to Kamaru Usman’s tweet and adding fuel to the flame