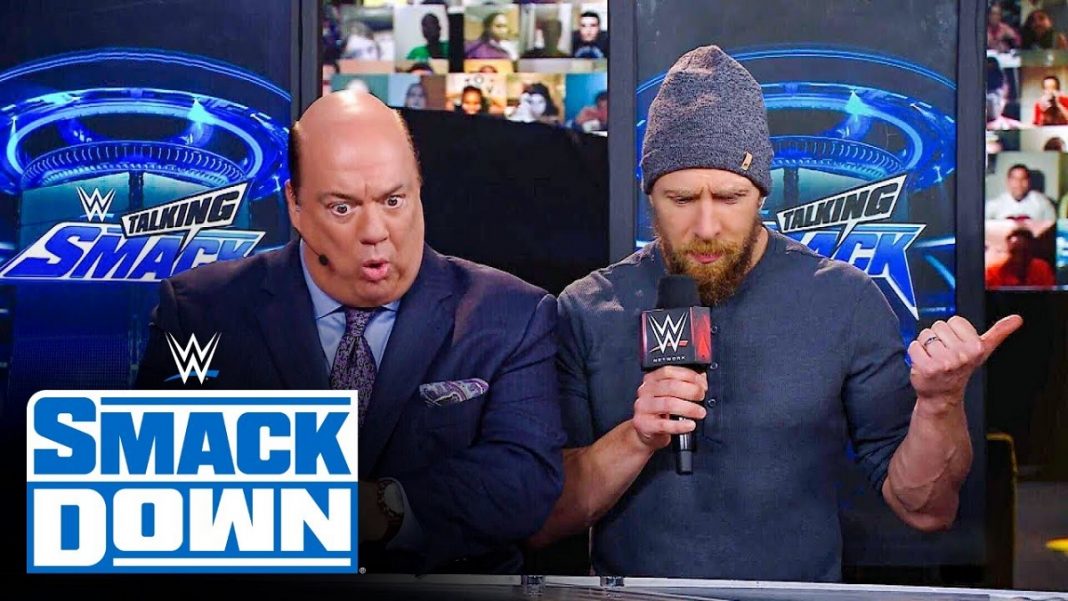 Bryan is currently feuding with Heyman’s on-screen ally, the WWE Universal Champion Roman Reigns. He earned a shot at the Universal title after he win the No.1 Contenders Elimination Chamber match. His Universal title match was right after, which he lost, majorly due to exhaustion.

But Bryan has made it clear that he is still after the Universal Championship. Towards the end of the Talking Smack episode, Bryan gave a message to Heyman to send to Reigns.

Surprisingly, Bryan mentioned that he has been the ‘Best in the world’, even before CM Punk called himself that. Heyman also happens to be the former on-screen manager of Punk.

Road ahead for Daniel Bryan

Bryan, on the latest episode of WWE Smackdown, had challenged Roman Reigns for the Universal title at WWE Fastlane. He was put in a match against Jey Uso. A win in that match would’ve earned Bryan the Championship match. But it ended in a double count-out.

But Bryan will be getting another shot on the next episode of Smackdown. He will be facing Uso again, but this time inside a steel cage. If Bryan wins, he gets the Championship match at Fastlane. But if Bryan loses, he must acknowledge Reigns as The Head of the Table and the best competitor in the world.