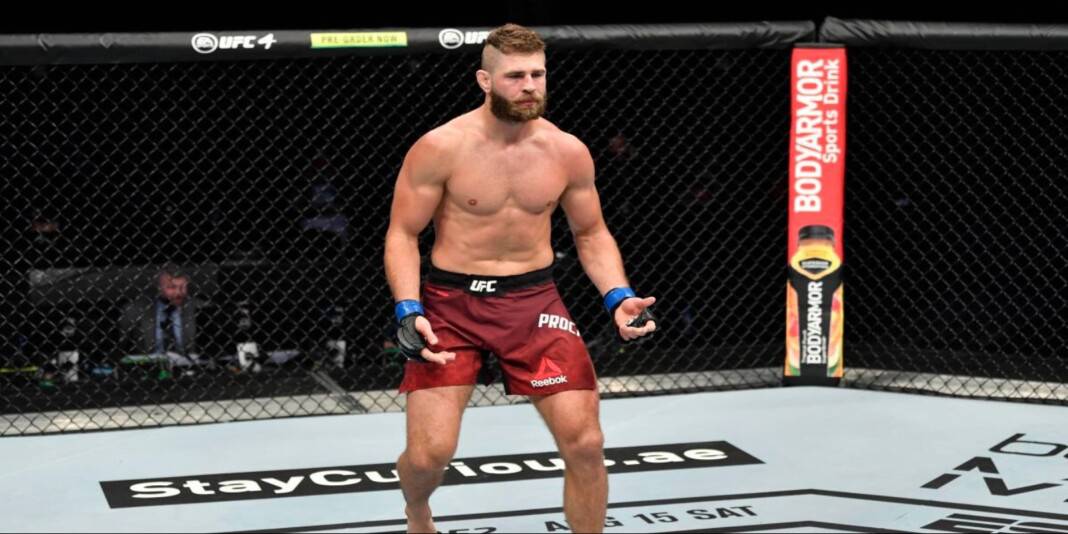 Jiri Prochazka produced a bone-chilling knockout in the main event of UFC Vegas 25. The Czech knocked out top ranked light-heavyweight Dominick Reyes, inside two rounds, as he extended his win streak to 12. Reyes was rendered unconscious for quite a while after Prochazka’s spinning back elbow landed flush in his face.

Speaking in the latest episode of DC & Helwani’s MMA Show, Daniel Cormier told Ariel Helwani that Prochazka is a dangerous man. DC claimed that the Czech can be stopped only if he gets knocked out by someone, which he believed would be the light-heavyweight champion himself Jan Blachowicz.

DC said, “Watching Dominick Reyes after round 1, it felt like, it was only a matter of time before Jiri got to him. Cuz every time Dom landed those nice counter right hands and left hands, dude wouldn’t even wink, he would just continue down the path.” [H/T FirstSportz.com]

He continued, “He is an avalanche man. He’s an avalanche going downhill, and there is nothing that is going to stop him, unless you can knock him out. And, I don’t know who can do that, outside of maybe the champion Jan Blachowicz.” [H/T FirstSportz.com]

Light-heavyweight champion Jan Blachowicz took to Twitter to react to Prochazka’s knockout, soon after he had beat Dominick Reyes. Blachowicz tweeted, “Hey @jiri_bjp. Me vs you in Cieszyn. Prince vs Samurai. Sword vs Katana #LegendaryPolishPower.”

However Blachowicz later mentioned that he would first finish things first with Glover Teixeira at UFC 266, and only then shift his attention to Prochazka. Prochazka then replied, “If you defend @gloverteixeira It will be my pleasure.”

Only a matter of time before we see the two inside the octagon!