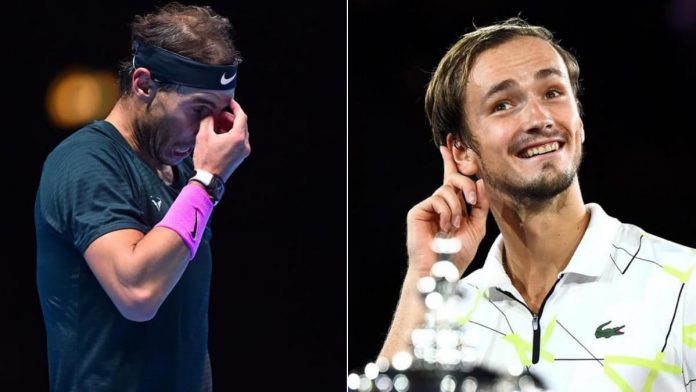 Daniil Medvedev defeated the Frenchman, Pierre-Hugues Herbert in three sets in the finals of the Marseille Open to claim his first individual title of the season. There was another milestone in store for the Russian as he surpassed Rafael Nadal and became the world number two on Monday.

The Russian would have become the new world number two, irrespective of his performance in Marseille. However, Medvedev stated that winning the title along with the new ranking adds to his confidence. This is the first time since 2005, any player outside the Big Four– Andy Murray, Novak Djokovic, Rafael Nadal and Roger Federer has been ranked in the top two.

“I am really happy. I knew that I would become No. 2 no matter what on Monday,” Medvedev said. “It is always better when you step up the rankings when you do something great. I know that winning here didn’t give me the points to become No. 2, but it is great for the self-esteem that just before becoming No. 2 on Monday, I win a tournament,” the Russian added.

Daniil Medvedev lifted his tenth career title on Sunday and his sixth on indoor hard court surface. The Russian has been unstoppable on hard courts, in the past six months. He lifted the Paris Masters title and the Nitto ATP Finals title towards the end of last season.

Medvedev stated that he loved to play on hard courts as it suits his style of play. “I am really happy about the number 10. It gets me to two digits, something which I dreamt of when I was a kid,” Medvedev said.

“I think it is already a great number, but I am going to try to work more and get some more. I really like to play on hard courts. I feel like that is where my game suits me the best. I feel like I know the solutions I have to find during the match and that is what I did today,” he concluded.

Also Read: ‘I’m convinced he can reach 400 weeks as number one,’ Daniil Medvedev on Novak Djokovic