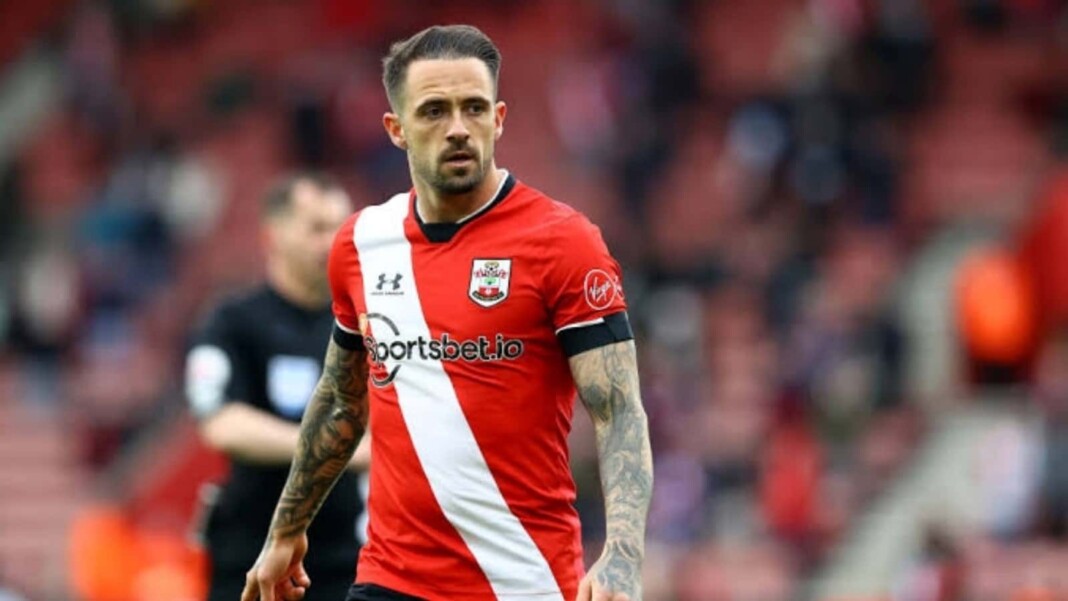 Southampton striker Danny Ings has reportedly turned down a contract extension offered to him by Southampton FC. The Hampshire-based club offered him a four-year extension on his current contract, which runs out in the summer of next year, but the #9 has decided against putting pen to paper on the agreement as he seeks a move to a bigger club.

With Manchester City rumoured to be interested in the player earlier on in the window, and Manchester United too considering the England international as a transfer target. The 29-year old has had his fair share of injuries last season, and his refusal to sign forces Southampton to either sell him this summer and get a transfer fee, or let him leave for free next summer window. Currently, Transfermarkt rates Danny Ings at €22 million.

At 18 years of age, Danny Ings joined the Bournemouth main squad from their U18 team for the 2010/11 season. After a short loan spell with Dorchester Town, Ings joined then Championship side Burnley a year later. 43 goals, 14 assists and 130 appearances later, Ings left Burnley for Premier League heavyweights Liverpool in 2015.

Unfortunately, his Liverpool career never took off, managing 25 appearances for the club in three seasons. The club decided to send him out on loan to Southampton ahead of the 2018/19 season, and he was the second top scorer for the Saints as he helped them survive relegation with a 16th placed finish. This proved enough to convince the red and whites of his quality as they bought him permanently for a fee of €22.2 million.

In 100 appearances for Southampton so far, Danny Ings already has the most goals for them than any club in his career with 46 goals and 10 assists. He even managed to score 22 goals in the PL in his first season with them, but unfortunately, his second season was cut short by injuries. He still managed to bag 12 goals last season, and this was enough to catch the attention of top clubs

In this window, Southampton have already let left-back Ryan Bertrand and goalkeeper Angus Gunn leave, while signing Theo Walcott from Everton on a free and Bertrand’s replacement Romain Perraud for a fee of €13 million. After finishing a disappointing 15th in the PL last season, Southampton would be looking to have a better showing this time around. They begin their Premier League season against Everton at Goodison Park on 14th August.