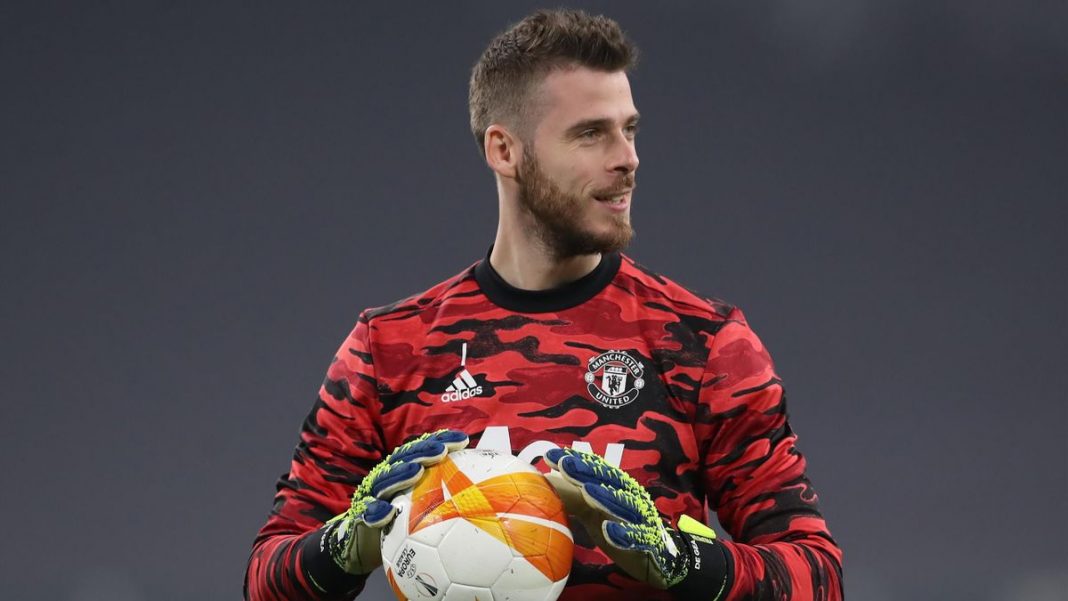 Manchester United No. 1 David De Gea is a major doubt for United’s upcoming fixture against West Ham. David De Gea has missed the last 3 United games as he travelled to Spain for the birth of his first child.

Dean Henderson the deputy in goal has done a commendable job in his absence and conceded just 1 goal, that too a last minute goal against Milan. De Gea was expected to return to the starting lineup for Sunday’s match but Solskjaer said he was unsure of his availability.

Asked on Friday about De Gea’s availability for the visit of West Ham, Solskjaer said: “David is back in Manchester. He is quarantining or self-isolating.

“He’s just touch and go for Sunday, I think. I can’t really know when he came back, so I’m not really sure if it was Monday or Tuesday that he arrived back in Manchester. He’s not training with us anyway. It’s different if you travel away and compete so no, he has not been training since he came back.”

Current regulations allow travellers from Spain to be released from quarantine if they test negative for Covid-19 after five days of isolation.

The Manchester United boss also praised United’s opponents West Ham, who are currently 5th in the league table. “They’ve been brilliant. He has got players who score goals, creative, they defend really well and are really difficult on set plays,” Solskjaer said.

West Ham United will miss the services of Jesse Lingard as he is not eligible to play against his parent club United. A win against Manchester can lift West Ham into the Champions league spots leapfrogging Chelsea into the 4th place.