In the Final of the 2021 Davis Cup Finals, Team Russia will be up against Team Croatia.

The Russian team has by far looked the strongest this year. They have an incredible singles team of Andrey Rublev and Daniil Medvedev– both top 5 players. Their third singles player, Aslan Karatsev too is in amazing form and could topple anybody on his day. Karatsev and Rublev play the doubles match. They topped the group by beating Spain and Ecuador convincingly. In the quarterfinal, get blasted past Sweden 2-1 before beating Germany 2-1 in the semifinal.

As for team Croatia, they’ve definitely punched above their weight. They were the best team in Group D and lost just one match. They toppled Australia 3-0 before marching past Hungary 2-1 in the last group stage match. Moving ahead, they got the better of a strong Italian team 2-1 in the quarterfinals before beating Serbia 2-1 in the semifinals.

At the start of the tournament, Russia were the favorites to win the tournament and it is safe to say that they’ve lived upto expectations. Their singles team of Rublev and Medvedev is the best in the world while Karatsev and Rublev are solid doubles bet too. They will fancy a dominating win against the Croats. But the Croats have shown that they can upset the very best and if they somehow manage to win one singles, they will back the doubles pairing of Mektic and Pavic to bring them home.

It will either be a straight matches victory for Russia or a 2-1 victory for the Croats but the chances of the former looks more likely.

Also read: “I’ll be back for further harassment”: When Serena Williams was all over Grigor Dimitrov’s Insta Live 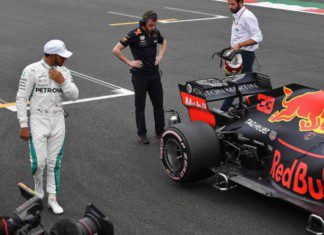