Edge has opened up about how much information he had about Christian’s return to this year’s Royal Rumble. Former world champion Christian returned to WWE last month and has been cleared to wrestle after being away from the ring for seven years.

In an interview, Edge revealed that he knew about Christian being cleared to wrestle a few months prior to his best friend’s return to the ring. He said, though, that he only knew about Christian’s addition to the Royal Rumble match on the Friday before the pay-per-view.

“I was one of the few that was privy to the fact that he got cleared a few months ago. We didn’t know he was going to be in the Rumble until Friday, though. I was in the midst of driving down to his house from North Carolina to stay for the weekend. And then we found out and we’re like “OK, well, we’ll drive over to the Rumble together then.”

Christian was #24 in the men’s Royal Rumble match, and he was in the ring for 18 minutes before being eliminated.

Edge and Christian tag team reunion on the cards?

In the same interview, Edge was asked about a potential Edge and Christian tag team reunion in the near future. The Hall of Famer revealed that he doesn’t have any information about it. But that there are several matchups that he would be interested in.

“Man, that would be fun! Even just in terms of the matchups. There are all these new matches that never seemed could have happened. But think about an Edge and Christian vs. Roman Reigns and Seth Rollins match. Incredible.”

The last time Edge and Christian teamed together in WWE was back in 2011, when they faced Alberto Del Rio and Brodus Clay in a match on RAW. 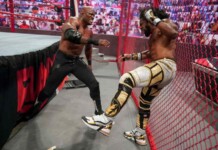 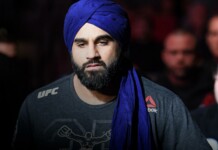 Arjan Singh Bhullar demands Hell in a Cell match against Bobby Lashley; says both belts would be on the line 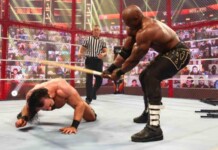 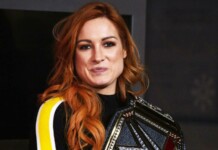 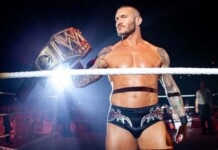