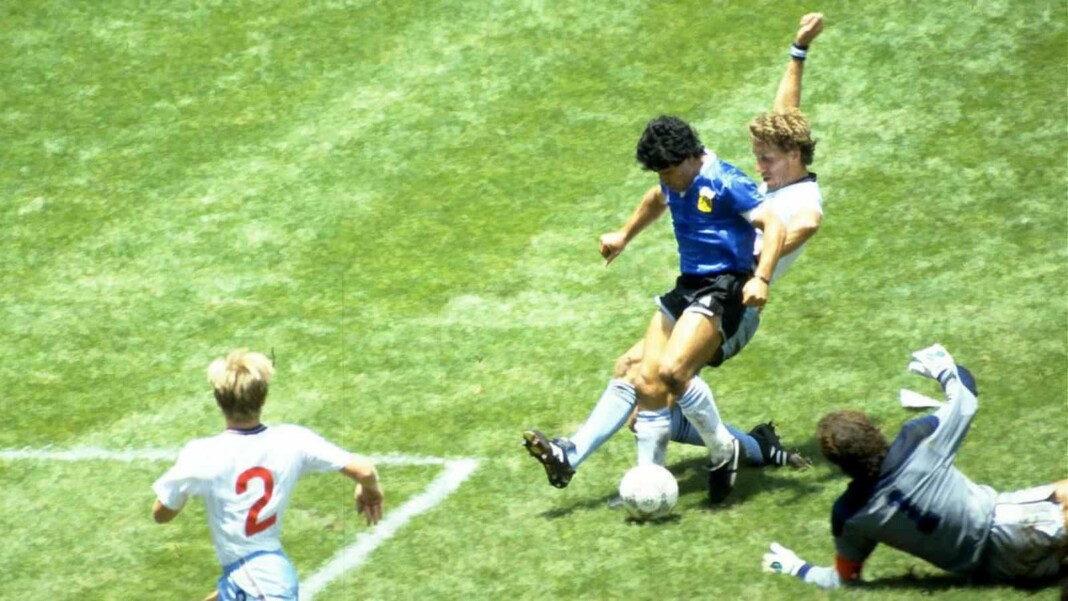 Before Argentina started their conquest of winning the competition, Copa America organized a brilliant light show in honour of Diego Maradona. The show contained some of the great’s most iconic moments across his career.

The show began with a holograph of the magician doing kick-ups in the centre of the pitch, while his jersey changed to show all his career clubs; including Napoli, Barcelona and Argentina among others. It also featured some of his most well-recognized and brilliant moments; among which were both of his legendary goals against England and him receiving the World Cup trophy from the president of Mexico in 1986.

The tribute ended with the legendary Argentine’s farewell speech to Boca Juniors in 2001. It then shows the year of his birth along with an infinity symbol.

This gesture was greeted well by fans across the globe, who were left shell-shocked at the left-footed wizard’s sudden death back in November 2020.

The footballer is considered by many to be greatest of all time; given his outstanding achievements with Napoli, Newell’s Old Boys and indeed, the Argentinian national team.

Argentina went on to draw the match 1-1 against Chile despite Lionel Messi starring on the night. Messi created a host of opportunities, before opening the scoring himself through a stunning free-kick. Chile came out stronger in the second half and equalized through Eduardo Vargas, who headed in a missed penalty.

The white and blues face Uruguay on Saturday in their second match of the tournament, while Chile face Bolivia earlier in the same day.