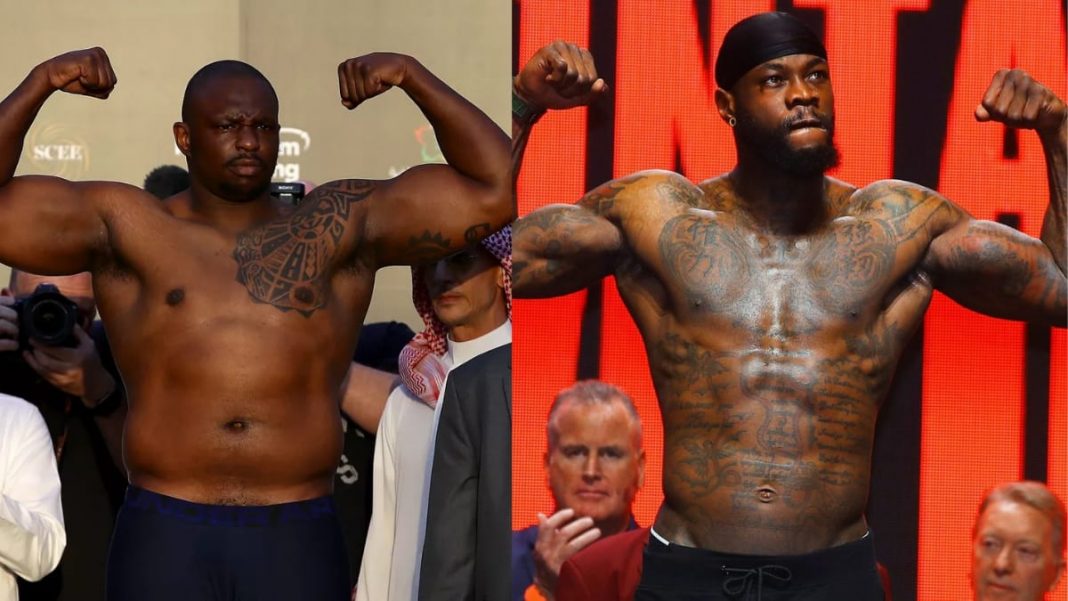 Dillian Whyte is back among the heavyweight elites. He demolished Alexander Povetkin at the recently concluded Rumble on the Rock, via. a fourth-round KO. He thereby won the WBC Interim Heavyweight title. Right after his victory, Whyte expressed his desire to take on Deontay Wilder, who was once uninterested in fighting Whyte, but now is after losing his credibility (he suffered a massive loss at the hands of Tyson Fury, last year).

Speaking about this in a recent interview with SkySports, Whyte said he was willing to fight Deontay Wilder wherever the Bronze Bomber wants him to fight. Telling that he was down for whatever, Whyte added that all he intended was to get hold of Wilder and hurt him.

‘I’m going to give it my all, and be the best I can be‘ – Dillian Whyte

Whyte was quoted as saying, “I’ll fight Wilder in Alabama, if that’s what is going to make him feel secure and safe enough to take the fight. If he wants, he can have the home judges, his hometown, whatever. I don’t care. I’d even fight him in his own home, the kitchen, the garage, the garden, wherever. I just want to get hold of him and hurt him.” [via SkySports]

He concluded, “I’m going to go to fight, I’m going to give it my all, and be the best I can be. I always come to fight and leave it all in the ring. I’m coming for war. I’m coming to put on a destructive display. Wherever the fight is, whatever is going on, I’m cool.” [via SkySports]

Whyte suffered a blip at the hands of Povetkin, last year, as he lost the first bout via. TKO in the fifth round. However, he made up for it last month, as he exacted revenge by knocking out the Russian, in the fourth round. Wilder on the other hand, has been in the centre of controversy ever since his loss to Tyson Fury. He has since fired his coach and trainer Mark Breland, taking shots at him from time to time; still unaccepting of his defeat to Tyson Fury.

Mike Tyson returns to All Elite Wrestling ahead of possible bout with Evander Holyfield!

“This Jake Paul bullshit is so disrespectful to all the real fighters,” Marvin Vettori chides media for giving attention to Jake Paul fight

“You landed the luckiest knee of your life and I made you famous,” Ben Askren takes a jab at Jorge Masvidal for pointing fingers...

Mohit Kumar - April 11, 2021
Imagine a situation where you are sort of healthy and your enemies are approaching your place to kill you. What would you expect yourself...