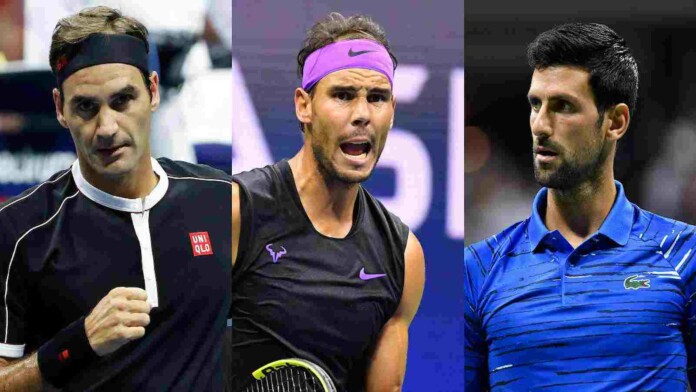 Dominic Thiem is all geared up to make his much anticipated comeback. Having last played the Dubai Tennis Championships where is lost his opening match, Thiem will play the Madrid Masters this week.

The world no.4, untill last year was projected as the ‘Prince of Clay’. He has reached 2 out of the last 3 finals at Roland Garros and is considered one of the biggest threat to Nadal on Clay. Out of the 6 times he has defeated Nadal, 4 times he has done it on Clay, speaking volumes about his abilities on the surface.

The Austrian recently claimed that he considers Roger Federer, Rafael Nadal and Novak Djokovic to be amongst the greatest athletes of all time, given their dominance at the grand slams.

Thiem has been struggling mentally and physically ever since he won his first slam at the 2020 US Open. In an interview recently, he spoke about the greatness of the Big 3.

He said: “Even winning just one Grand Slam title is a very tough thing that not many players achieve. So they are three of the best athletes ever. I knew that already a long time ago.”

Also read: ‘I do not think he will win,’ Thiem’s former coach on Federer’s chances at the French Open

Nevin Clinton - May 15, 2021
Outgoing Indian women's cricket team coach WV Raman has reportedly written an explosive letter to the President of the Board of Control for Cricket...