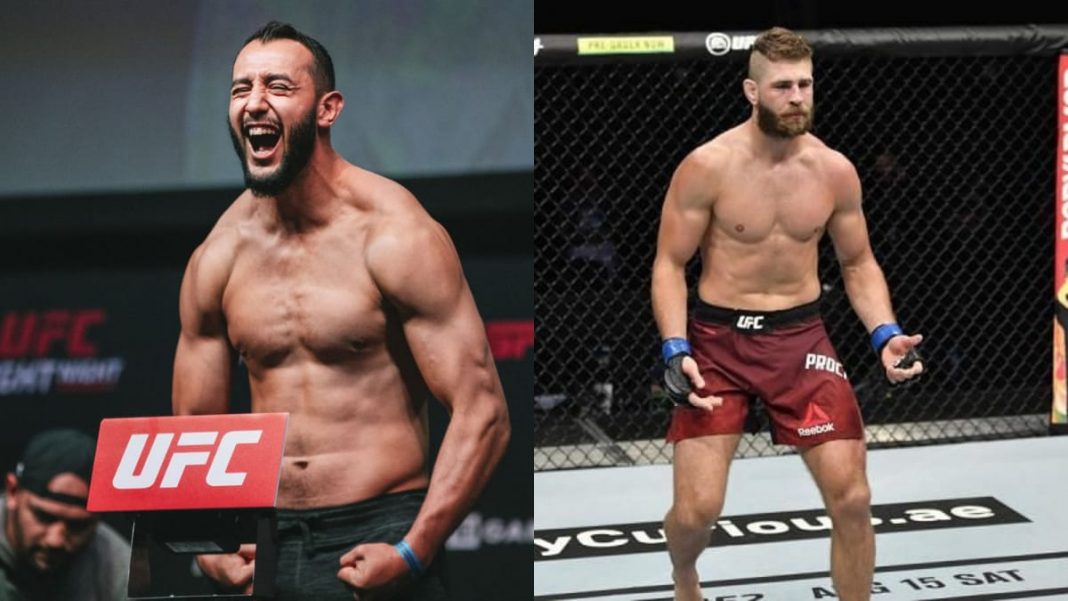 The No.3 ranked light heavyweight fighter; Dominick Reyes was set to fight Jiri Prochazka. The two title contenders were scheduled to fight on February 27th.  Reyes is looking to get back from two consecutive losses in the division.

Dominic Reyes has a record of 12-2-0. The fighter is coming off a defeat against Jan Blachowicz via a Knockout in the second round. Reyes tasted victory two years ago in 2019 against Chris Weidman.

The Czech Light Heavyweight fighter has an amazing record of 27-3-1. Jiri is coming off a knockout victory in the second round against Volkan Oezdemir.

Unfortunately, this fight between the two won’t be happening anytime soon. According to the officials, Reyes was forced out of the fight due to an injury. No further details were discussed regarding the injury of Reyes. The UFC officials haven’t revealed for how long Dominick will be sidelined. The good news is that the UFC anticipates rebooking the same fighters for a later schedule. Dominick will be looking to come back from the two consecutive losses.

Jairzinho and Ciryl Gane to headline the main event on Feb. 27

On account of the rescheduling of the Reyes and Jiri fight, UFC is promoting another fight. Jairzinho Rozenstruik is all set to fight the #7 UFC heavyweight, Ciryl Gane.