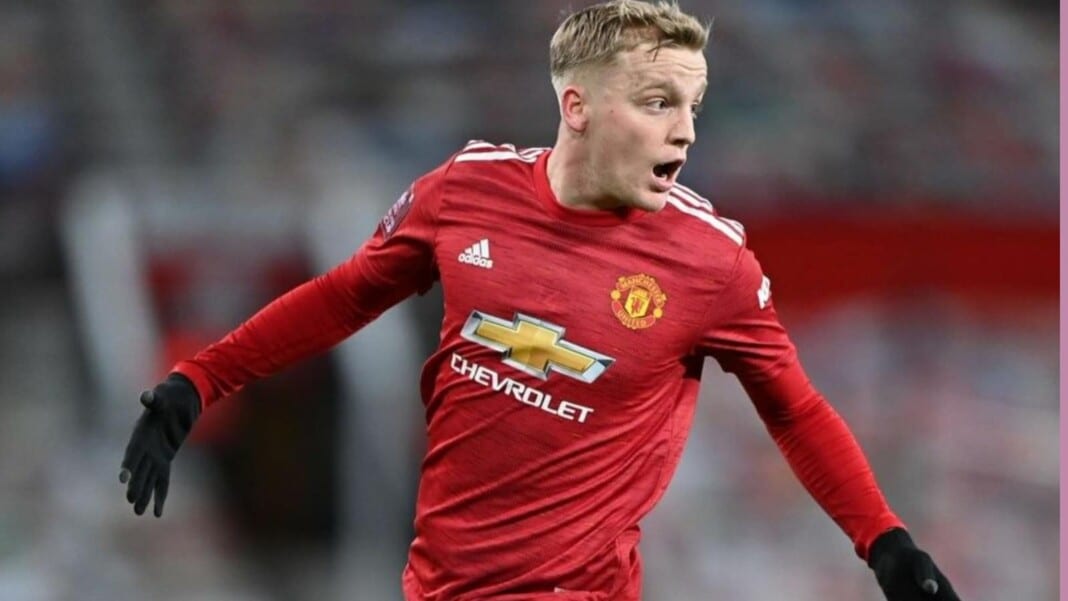 The transfer season is about to begin next month with clubs preparing to make some surprising additions. One such surprising move that is doing rounds is that of Manchester United FC midfielder Donny Van De Beek to AS Roma. According to reports Jose Mourinho who was recently appointed manager of AS Roma is interested in this deal. The 24-year-old midfielder earlier played under the Portuguese when Mourinho was the manager of the Red Devils side.

The central midfielder is known for his exceptional control with his possession-based style of play combined with his ability to move inside the box with his accelerating pace. Although the former Ajax FC player has scored just 1 goal in 16 Premier League games with 1 assist to his name this season, Van De Beek has an eye for goal and has showcased clever positioning during open play as well as during set-pieces. Van de Beek can build-up play with his clever passing.

How will Donny van de Beek fit in under Jose Mourinho?

It has to be seen what formation Mourinho employs when he starts his managerial tenure with Giallorossi. Van de Beek can fit in any role whether it is defensive midfield, central midfield or attacking midfield. His collusion with forwards Edin Dzeko, Borja Mayoral and Pedro could add more vitality to the forward line. Van De Beek’s presence could add creativity and more attacking prowess in the midfield while working with midfielders Lorenzo Pellegrini and Jordan Veretout.

As per recent reports, Henrikh Mkhitaryan might leave the club next season so Van De Beek’s addition would become crucial if the youngster goes ahead with the deal. Earlier AS Roma had proposed to exchange Van De Beek with Nicolo Zaniolo but the deal couldn’t materialize as Zaniolo was out of action due to an injury and has hardly played in the entire season. It is learned that both Jose Mourinho, as well as Calcio Mercato, are interested in bringing the youngster under their wings. Playing under Mourinho will make Van de Beek more competent with his tactical understanding and potent in front of the goal.

Van De Beek had once stated that he wants to build a career at Old Trafford but currently, his role in the side is undecided. Nevertheless, his role would be crucial for the remainder of the season. The Dutch could add a creative attacking variant in this AS Roma outfit if the deal is successful. It’s quite early to predict the outcome of this particular transfer story but Jose Mourinho, AS Roma team management as well as the club owners, would do everything possible to get the breakthrough if Van De Beek shows interest in playing for the club.