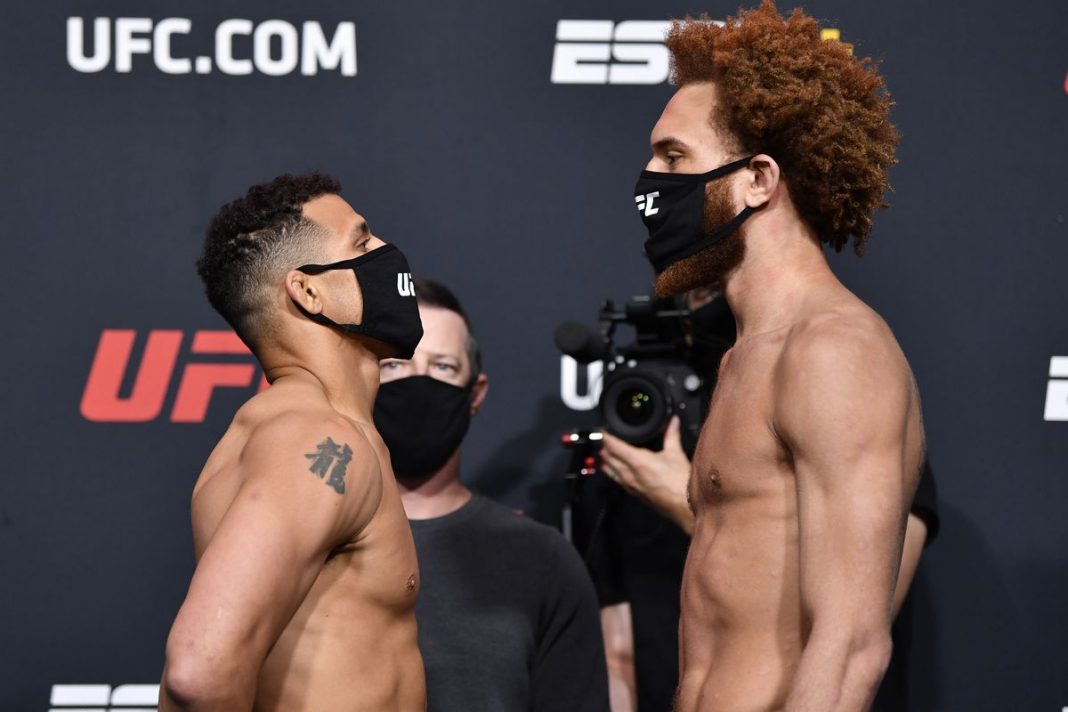 It’s bad news, as the lightweight bout between Drakkar Klose and Luis Pena has been cancelled due to one of Drakkar Klose’s coaching staff, testing positive for the Coronavirus. The fight will be postponed to a later date. Thereby, the UFC has lost two fights from its Vegas 19 event.

The news was broken by Luis Pena, as he took to Twitter to express his disappointment, also wishing the affected members well.

“I hate this man but it’s with a heavy heart that must inform you guys that the fight has been called off one of Drakkar’s corner tested positive for covid and out of the health and safety for us both the @ufc decided to pull the fight praying that he and his team remain healthy“, Pena tweeted.

The UFC, just before the start of their prelims card, provided update on the same.

Drakkar Klose had already been pondering upon leaving the UFC soon, since he felt that he wasn’t being given importance. It will be interesting to see where Klose goes from here, although the fight will be rescheduled. As for Pena – he will be looking forward to getting back to winning ways, after his loss to Khama Worthy, in June 2020. But for now, he will have to wait!

Also Read : ‘I am looking forward to seeing how he looks at heavyweight’ – UFC Heavyweight Tom Aspinall skeptical about Jon Jones’s move to the heavyweight division