Down below we take a look at the Dripstones in Minecraft.

Dripstones are a block that generate stalagmites and stalactites in underground caves.

Related: What are Emeralds in Minecraft: Locations, uses and more!

The pointed dripstones can also be found in normal caves but with smaller clusters. They can be mined with anything, but the pickaxe is the most efficient.

How does Stalactite and Stalagmite grow?

Stalactites that are hanging from a dripstone block under a water source, will slowly grow with water dropping from them.

However, Stalagmites grow when a pointed dripstone is placed on the ground.

Pointed Dripstones can be mined and used to make a Block of Dripstone. Combine them in the Crafting table in the manner shown above to make it.

Pointed dripstones can be used to hurt enemy mobs and even kill them. A Stalactite block hanging from the roof can be broken and made to fall on any enemy mobs under them. This has been touted as the all-organic Zombie killer!

Stalagmites on the ground can hurt both players and mobs that fall upon them. Players might also get impaled by falling, if the fall distance is huge.

These are all the facts about Dripstones in Minecraft released till now!

Also read: How to make Armor in Minecraft: Steps to make a complete armor set! 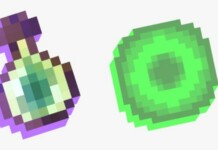 What are Bottle o’ Enchanting in Minecraft? 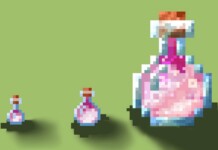 Minecraft Dragon’s Breath: How to get it, uses and more! 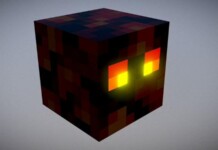 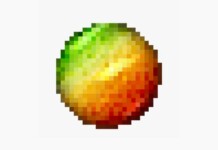 Minecraft Magma cream: How to make, uses and more! 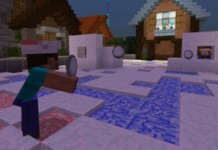 Minecraft Snowballs: How to get, combat uses and more!