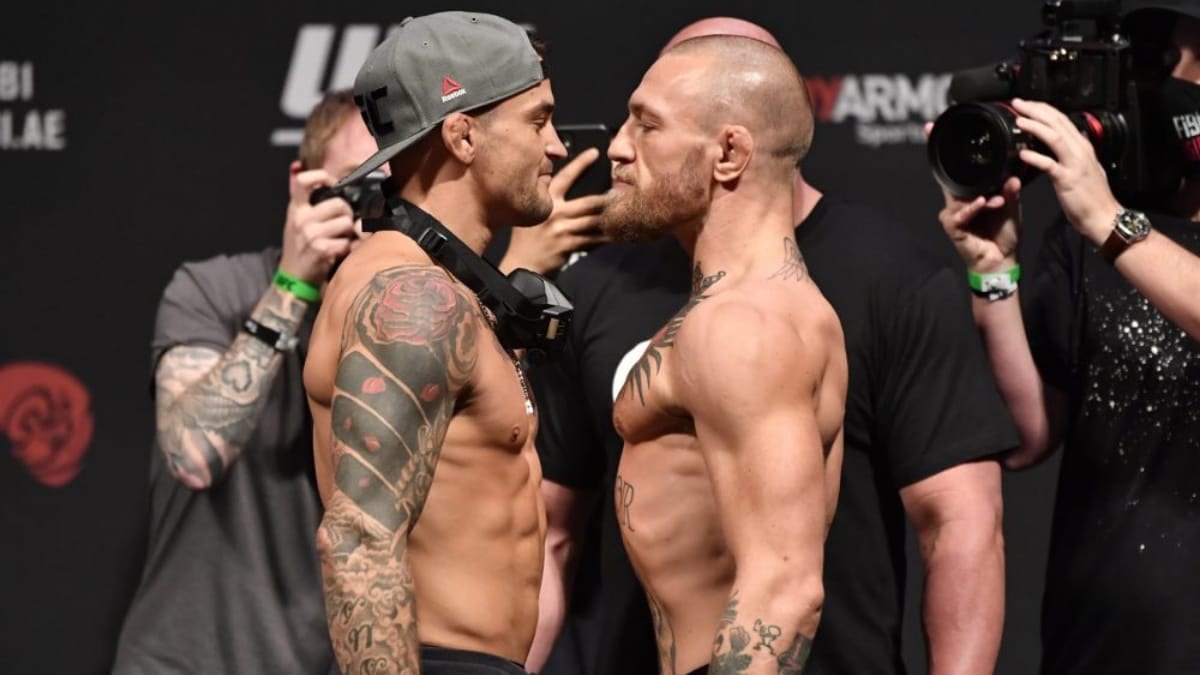 Conor McGregor and Dustin Poirier will fight it out in the trilogy bout at UFC 264 on the 10th of July, this year. Poirier knocked out McGregor at the recently concluded UFC 257, which set up the trilogy bout. The pair first met at UFC 178 in September 2014, where Conor eased to a first-round TKO win.

More recently, Dustin Poirier took to Twitter to suggest that the trilogy bout go ahead as a welterweight bout. Their first bout was a featherweight bout, the second, a lightweight bout, and now Dustin wants to make it 3 different weight classes for the three fights.

A while later, Conor who has made quite a name for himself as a welterweight, responded to The Diamond’s suggestion with a big fat NO!

“Lets do it at 170lbs. 3 fights 3 different weight classes,” The Diamond tweeted.

No was Conor’s reply.

Well, the bad blood between Dustin and Conor seems to be intensifying. Things were plain sailing and smooth before Dustin accused Conor of not donating to his charity. This enraged ‘The Irishman’ and he has already gone back to his Notorious self.

Poirier will be hoping to recreate what he did at UFC 257, whereas Conor will be looking forward to getting back into the top 5 of the lightweight rankings, as his loss at UFC 257 pushed him out of the top 5.