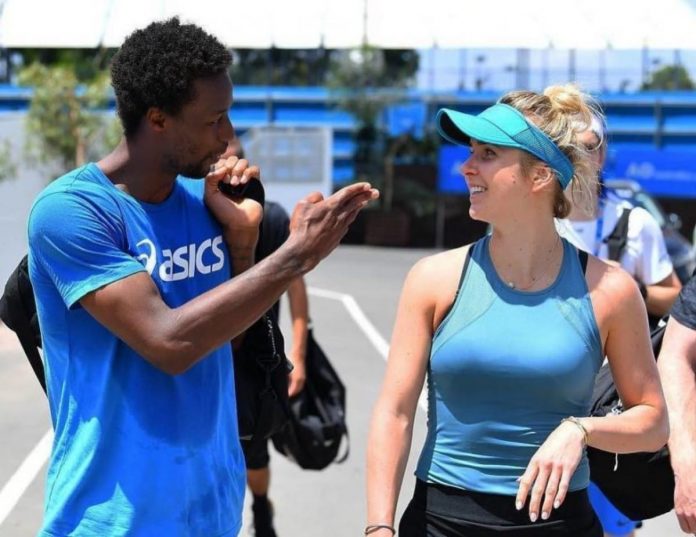 Elina Svitolina and Gael Monfils are a power couple in tennis. The pair started dating each other back in 2019, when they met each other at that year’s Australian Open. Elina Svitolina’s boyfriend was spotted sitting at Svitolina’s player box after his elimination from the tournament in the second round. Svitolina on the other hand, reached the quarterfinal at Melbourne that year.

Recently, the Ukrainian tennis star posted a tweet in which she is seen biting a bar of chocolate held by Elina Svitolina’s boyfriend. She captioned that tweet by saying, “Every single Kindle in this house is mine.”

Elina Svitolina through the years

The Ukrainian currently sits at World No.5. She burst onto the center stage when she won her first title in 2013. Her progression in the sport has been a constant one ever since. Svitolina has created a giant-killer reputation over the years. She trounced two-time Grand Slam champion, Svetlana Kuznetsova, at the 2016 Australian Open in the opening round. Two years later at the Rio Olympics 2016, Svitolina defeated the then World No.1, Serena Williams in the pre-quarterfinal round.

In 2018, Svitolina bagged her maiden WTA Finals title, defeating Sloane Stephens in the final. That year, she claimed two more titles. One at the Brisbane International and another at the Dubai Tennis Championship.

In 2020, the 26-year-old added further to her trophy cabinet. She won the Monterrey Open in March, beating Marie Bouzkova in the final. She then went on to claim the Internationaux de Strasbourg, when the games resumed post the Coronavirus lockdown.

As the 2021 season about to begin, Svitolina looks forward to playing at the Australian Open. Though the Ukrainian has failed to win any major Grand Slam, she will surely look to break that drought in 2021.