England were going extremely well in the run-chase of 318 in the first ODI against India before they lost wickets in heaps leading to the hosts winning the match. Jonny Bairstow and Jason Roy came out explosively and did not bother about losing their wicket or defending. The duo kept attacking every delivery and took England to a position of great strength from which it looked like they would ace the chase.

However, an excellent bowling performance from the likes of Prasidh Krishna and Shardul Thakur followed which led to England losing regular wickets. The visitors were eventually bowled out for 251 as they fell short of the target by 66 runs. Shikhar Dhawan was awarded the Man of the Match for his 98-run knock.

Eoin Morgan spoke at the post-match presentation about England’s approach and how the same would continue. He said, “When you look at our top seven in particular, we’ve all scored under 60 ball hundreds. That’s the way we want to play. With one eye on the WC, we want to try and push the envelope in that regard. Sometimes it doesn’t work. But for us it’s better to lose like that than losing by 10-20 runs.”

The skipper further stated that England would continue playing the same way saying, “That’s the way we’ll continue playing. Fitness levels have moved the game forward, bats have moved the game forward. Important for us to dictate the way we play and reinforce the method that’s worked for us. Our bowlers did an outstanding job with traditional Test lengths and line that proved effective. Didn’t probably play well enough to take advantage of the dew.”

The second ODI takes place on the 26th of March.

Also Read: India vs England 2021: Shreyas Iyer dislocates his shoulder in first ODI; could be a doubt for IPL 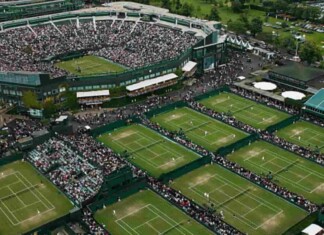