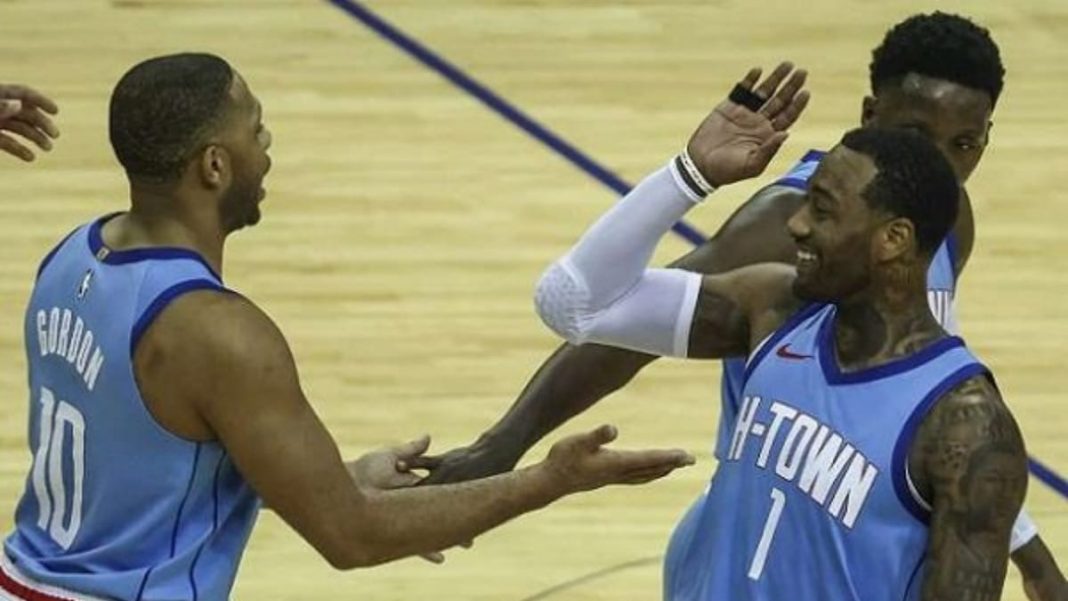 A valiant team-effort by Houston Rockets get them past Memphis Grizzlies. Eric Gordon continued his terrific form scoring 20 points in 3rd straight game. Rockets now managed to win 7 out of their 8 games. Whereas John Wall led the Rockets with 22 points. While Jean ‘Sean Tate scored his career-best 19 points. Christian Wood scored 17 points on 7-of-10 shooting before rolling his right ankle in the third quarter. He did not return and left the arena in a wheelchair. Victor Oladipo sat the game out.

Talking about the Memphis Grizzlies, they were led by their rookie Desmond Bane with 16 points. Marquee player JA Morant added 15. The Grizzlies have now lost their 2nd consecutive game with this loss. Both teams lost by big margins in their previous games, ending extended winning streaks. But Houston showed no carryover from its 17-point loss at Oklahoma City.

The game got away from the Grizzlies late in the first half as the Rockets used an 18-4 run to carry a 60-47 lead into the break. The Grizzlies endured stretches of poor shooting in the half as Houston connected on 51% of its shots, including 9 of 18 from outside the arc.

“Regardless of how we shoot the ball, we’ve got to be able to defend,” Desmond Bane said. “That’s got to be our constant and our consistent thing that we can hang our hat on. Tonight, we weren’t good enough.”

Now, the Rockets must deal with the questions about Wood’s ankle. “We’ve just got to keep rolling and keep playing,” John Wall said as per ESPN.

Having said that, Morant is in fourth place for Western Conference guards in the first returns in All-Star voting. He sits behind Stephen Curry, Luka Doncic and Damian Lillard.

“Ja means so much to us, and I think people are recognizing not just the individual talent that he is, but the impact he has on winning and playing in that All-Star consideration,” Grizzlies coach Taylor Jenkins said.