The 2.4 Livestream has broadcast, detailing all of the events that will take place in the upcoming Genshin Impact update. Fans of Genshin Impact will be pleased with version 2.4.

Players will go to Enkanomiya, a new location, and summon two new characters: Shenhe and Yun Jin. Furthermore, the 2.4 event content will give some substantial rew with the return of Lantern Rite.

The Lantern Rite festival, one of the game’s most popular times, will return in Genshin Impact 2.4. This event has its own backstory, which the first time around centred primarily on Xiao.

Ningguang has renovated the Jade Chamber in preparation for this year’s Lantern Rite. From here, the tale should continue as players learn about current Liyue events in-game while taking part in various event activities to gain rewards.

The Lantern Rite, Liyue’s largest yearly celebration, is a moment for people to come together to celebrate their heroes and send their best wishes into the future. The night sky of Liyue Harbor will be lit up with thousands of Xiao Lanterns launched from every residence on the festival day, followed by a spectacular fireworks display.

The bustling streets of Liyue will be lined with a variety of vendors and booths once again, providing a slew of fresh events to people who are enjoying the holiday. You may make beautiful fireworks or take part in the renowned lantern riddle-guessing competition.

Discover the true story of Enkanomiya

Gamers who have visited Watatsumi Island may be familiar with an undersea civilization in-game that has been hidden for thousands of years. According to legend, the island’s forefathers dwelt here until being led to the surface by Orobashi, the snake deity who was eventually slain at Yashiori Island. With Shrine Maiden Tsuyuko’s help, you can gain the Key of the Moon-Bathed Deep and explore the remains of an ancient civilisation that is older than any other ruin on earth.

While the update has added a lot of new parts of the story and myth behind the game, there have been changes in the gameplay department of the game. While certain graphics have been improved and more shadows have been added in the game. This game might have just been updated for the new year and it highly seems to be close to disappointment anytime soon. 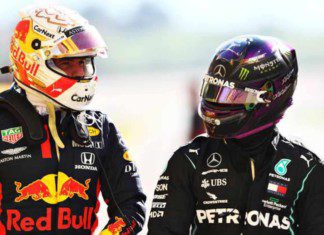 Justin P Joy - January 25, 2022
The 2021 F1 championship can be defined as dramatic, controversial and breath-taking where Red Bull’s Max Verstappen went wheel to wheel against the 7...