5 things you probably did not know about GTA Vice City 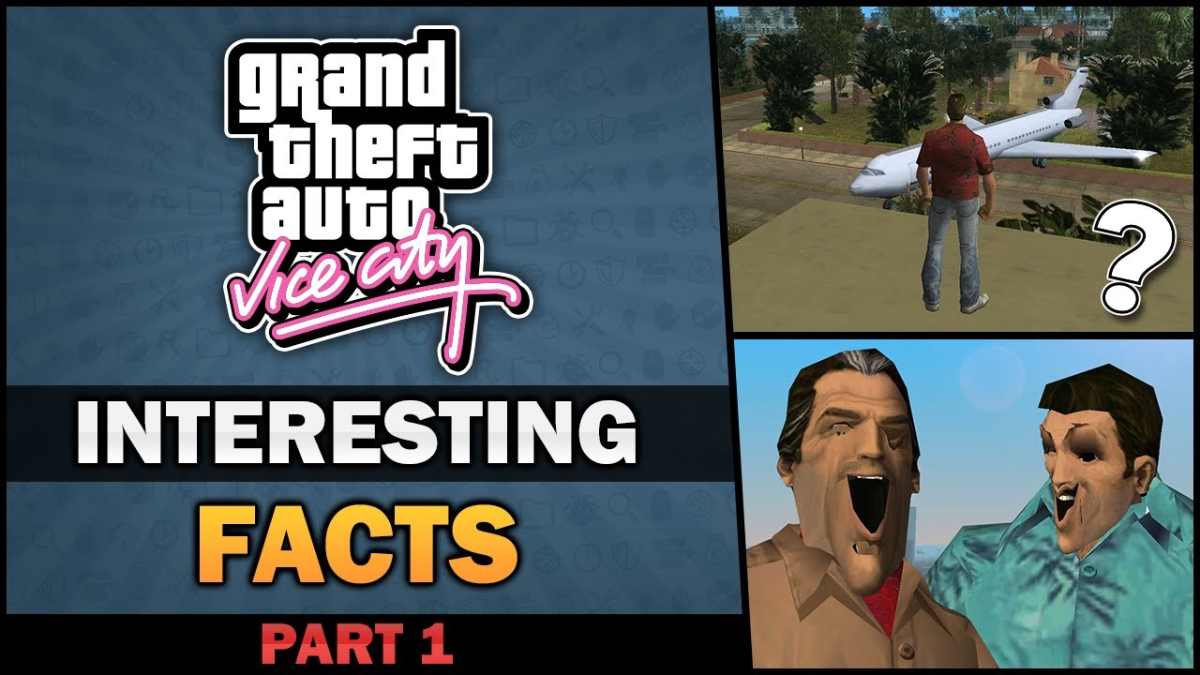 Vice City, the game of cars, guns, bikes, and excellent mesmerizing missions is a very big and vast game. There are multiple facts about this game released in 2004. Even though the game is literally 18 years old, it is one of the most played games in the history of Rockstar Games releases. It is the second installment in the series 3D universe. many players claim that they know everything about this game, but it is very Vast and even after multiple hours of playing, people miss out on some or the other details.

In this article, we have listed down some of the facts, things, and glitches that most GTA gamers do not know about GTA Vice City.

Read more: 5 things you probably did not know about GTA San Andreas

When we hear the word “Romero”, the mission “Two Bit Hit” comes to our mind, due to its famous hearse which bombs you as you chase it. What players do not know is that at the same location in Little Haiti, near the Little Haiti pizza shop, there is a shop run by Romero, selling caskets and coffins. Moreover, near to the same shop, there is a little opening inside the huts where you can see 3 pits dug and one with an exposed skeleton. Also, there is an ‘organ shop’ just right there which has human meat and organs on the display.

GTA Vice City got a lot of changes from its beta version. the first notable change being the map itself. Some areas got completely wiped such as the Hyman Memorial stadium and the lighthouse. Other things were added, like the beach area, the North Point Mall, and the Escobar International Airport. One piece of evidence of this change is the ghost tower that is visible while approaching the second island. As soon as the screen loads, the tower disappears and the Fort Baxter army base is visible.

Many characters got a name change and some got their appearance changed. Some missions from the Fil Studio, avery Carrington and also from a deleted character ‘Mr. Moffet’ got deleted from the game. Some hidden but disabled phone calls can be found in the game’s files, some of which are from Mercedes and some from Phil Cassidy.

GTA Vice City is the only GTA game with the highest number of helpful glitches. More than 50% of the missions can be basically skipped on the PC version of the game. Because it involves using replay exploits. Properties can be bought without spending any money, the number of fares in the taxi driver mission can be halved, two missions can be done at the same time with the help of rampages and some missions can be passed instantly just by getting in the marker.

In the mission ‘Autocide’, the 6 people that Tommy kills are actually references to different competitor games. Mike Griffin is Mace Griffin Bounty Hunter, Dick Tanner is from Driver, Marcus Hammond, Franco Carter, and Charlie Dilson are from the Getaway, and Nick Kong from True Crime Streets of LA. There is also a billboard advertising “Have a fun time at the fun world” which is actually very similar to Walt Disney’s Disney World castle. There is a billboard of a board that says “look, we have a boat that belonged to a loser!” which is a reference to the RRS discovery. There is a delivery company called “Spand Express”, short for Spandex which is a parody of FedEx.

These are some of the things that even the wholehearted players of GTA Vice City do not know.