Garena Free Fire is the most popular title in the mobile battle royale genre. The game has more than a billion downloads on the Google Play Store. Here in this article, we will take a look at the top 5 best characters in Free Fire introduced in 2021.

Developers have introduced a lot of characters this year in every OB patch update. Some of these characters were available for free while some can be bought using diamonds. But not all of them were too great to equip on the battlefield. Let’s take a look at the list of the top 5 best characters in Free Fire introduced in 2021.

Shirou’s in-game ability is termed as “Damage Delivered“. This ability marks the first enemy that hits the player for 8 seconds. Moreover, the enemy gets a de-buff. The first shot fired against the enemy deals an additional 100% bonus armour penetration.

In the OB30 update, developers buffed his skill by taking his skill cooldown time from 35 seconds to 25 seconds at its base level (Level 1) and at the max level, it drops to 10 seconds.

Xayne’s active ability ‘Xtreme Encounter‘ at its base level (level 1), temporarily provides 100 HP temporarily to the player and increases damage to gloo walls and shields by 50% for 8 seconds and comes with a cooldown time of 150 seconds.

At its maximum level (level 6), Xtreme Encounter increases damage to gloo walls and shields by 100%. Meanwhile, the cooldown time is reduced to 100 seconds. This skill is one of the best characters introduced in 2021 with an active ability.

Related – Xayne vs Shirou: Who Is The Best Character In Free Fire For December 2021?

D-Bee was introduced with the OB28 patch update he has a passive ability. His ability is known as “Bullet Beats” which gives the user improved accuracy and movement speed at firing while moving.

Leon is introduced with the recently introduced OB30 update. His in-game description states that he is a rising star in the basketball scene. His special in-game ability is called the ‘Buzzer Beater‘. This ability of his grants him that he recovers 5HP (at Level 1) after surviving combat each time. When the skill is maxed his ability recovers 25 HP at Level 6.

Dimitri’s in-game description states that he is a sound tech engineer who loves action movies. He has an active ability called “Healing Heartbeat“. At its base level (level 1) his ability creates an aura of 3.5m around him that act as a healing zone. Inside that aura, both the user and allies recover 3 HP/s. Also when downed users and allies can self-recover to get up all the effects last for 10 seconds and come with a cooldown time of 85 seconds.

Whereas at the max level (level 6) all the attributes remain the same but the skill use time gets increased from 10 seconds to 15 seconds and the cooldown time is also decreased to 60 seconds. This is the best character that Garena introduced this year. It comes with a self recover option once the character is knocked. 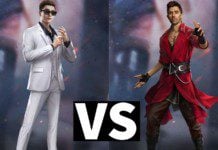 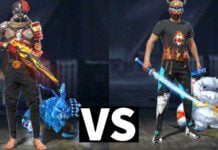 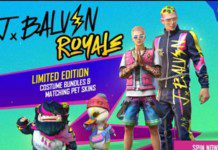 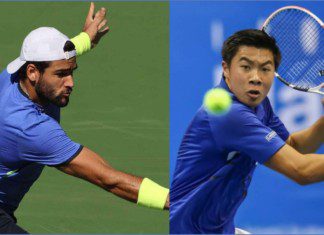 Sachit Srivastava - January 14, 2022
Matteo Berrettini and Brandon Nakashima will meet in the first round of the Australian Open 2022. The Italian will start as a favorite coming into the 1st round of...