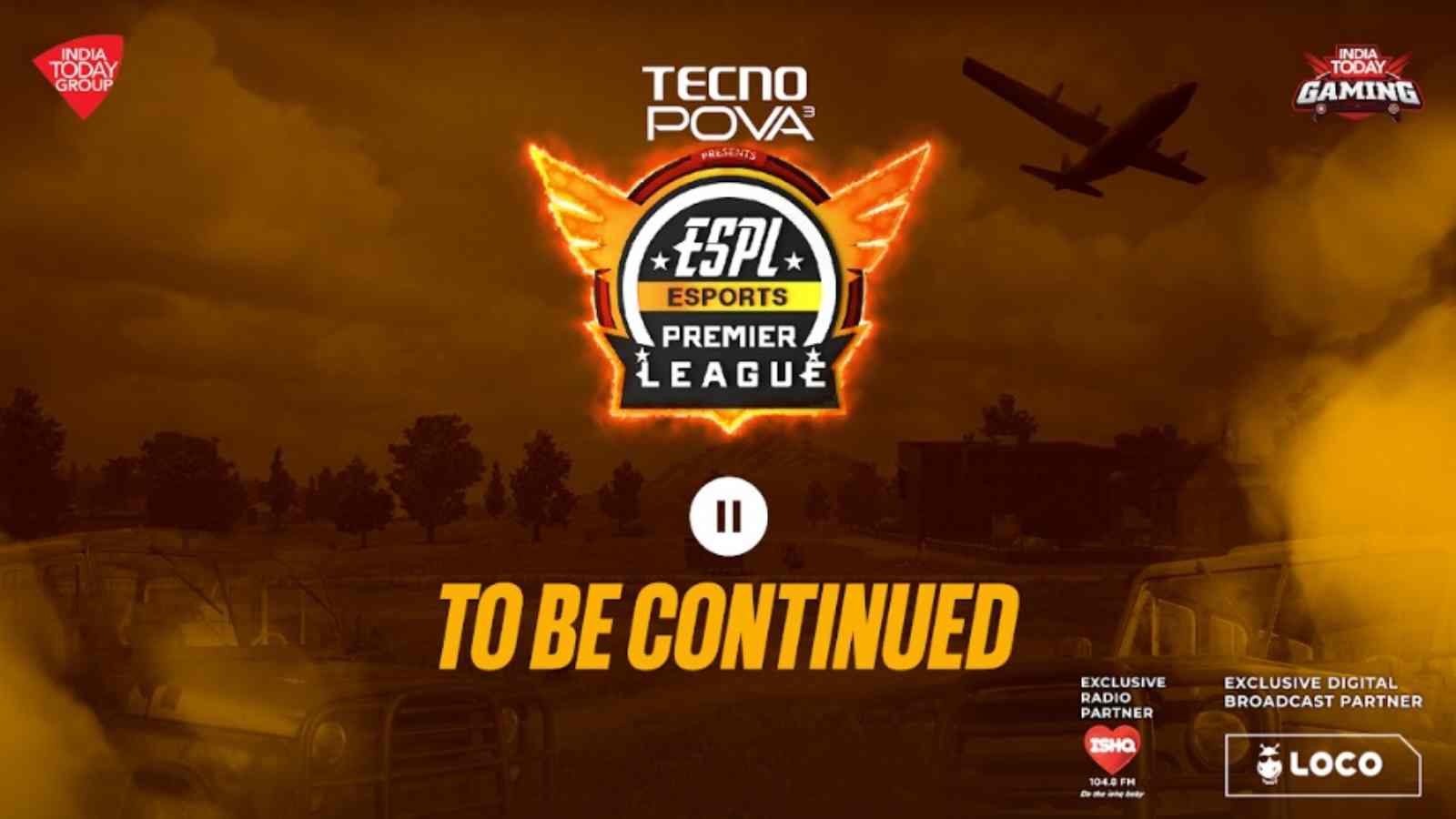 The second season of Esports Premier League presented by India Today Gaming had a smooth sailing as it invited professional BGMI players to participate in their tournament and also roped in Bollywood star Tiger Shroff as their ambassador. However, the recent ban has left a deep impact on this ongoing tournament.

Several third party organizations such as Skyesports, India Today Gaming who were hosting or about to host a LAN tournament of BGMI have been adversely impacted by the game’s ban. The repercussions were seen in the ESPL Season 2 Finals as it has been postponed indefinitely.

BGMI ban leads to the postponement of ESPL Season 2 Finals

Esports Premier League (ESPL) is the country’s first-ever franchise-based esports league. This year’s league has been engaging gamers from across the country in high-voltage action of the battle royale game, BGMI which carries a massive prize pool of 1 Crore INR.

After a month-long of riveting actions, packed with rivalries, gripping moments and thrilling finishes, the top sixteen teams were franchised and they were set to fight in a grand LAN finale from 1st to 5th August 2022. However, following the ban of this game by the Indian government, the finals have been postponed.

As per the official reports, the concerned members from Esports Premier League Season 2 will evaluate or pursue the matter in accordance with the directions issued by the Government of India. This implies that the tournament will be kept on hold until any further notice is provided.

This is an unfortunate situation for all esports enthusiasts, and also a huge setback for India Today Gaming, at this stage of the tournament. It has however been reported that upon closure of the matter favorably, ESPL will be renewed from the stage where it was left, which means that the selected finalist teams will be invited again to take the tournament forward for the Finals.

Esports Premier League Season 2 had recently presented an exclusive song for the BGMI players after it partnered up with MTV rapper Shloka and other prominent singers. With its final tournament put on hold, fans and the players who had participated are looking forward towards a ‘good news’ from Krafton.

Also Read: Krafton’s India CEO in talks with the government for bringing back BGMI in the country

Also Read: Which IT law is responsible for BGMI ban in India?