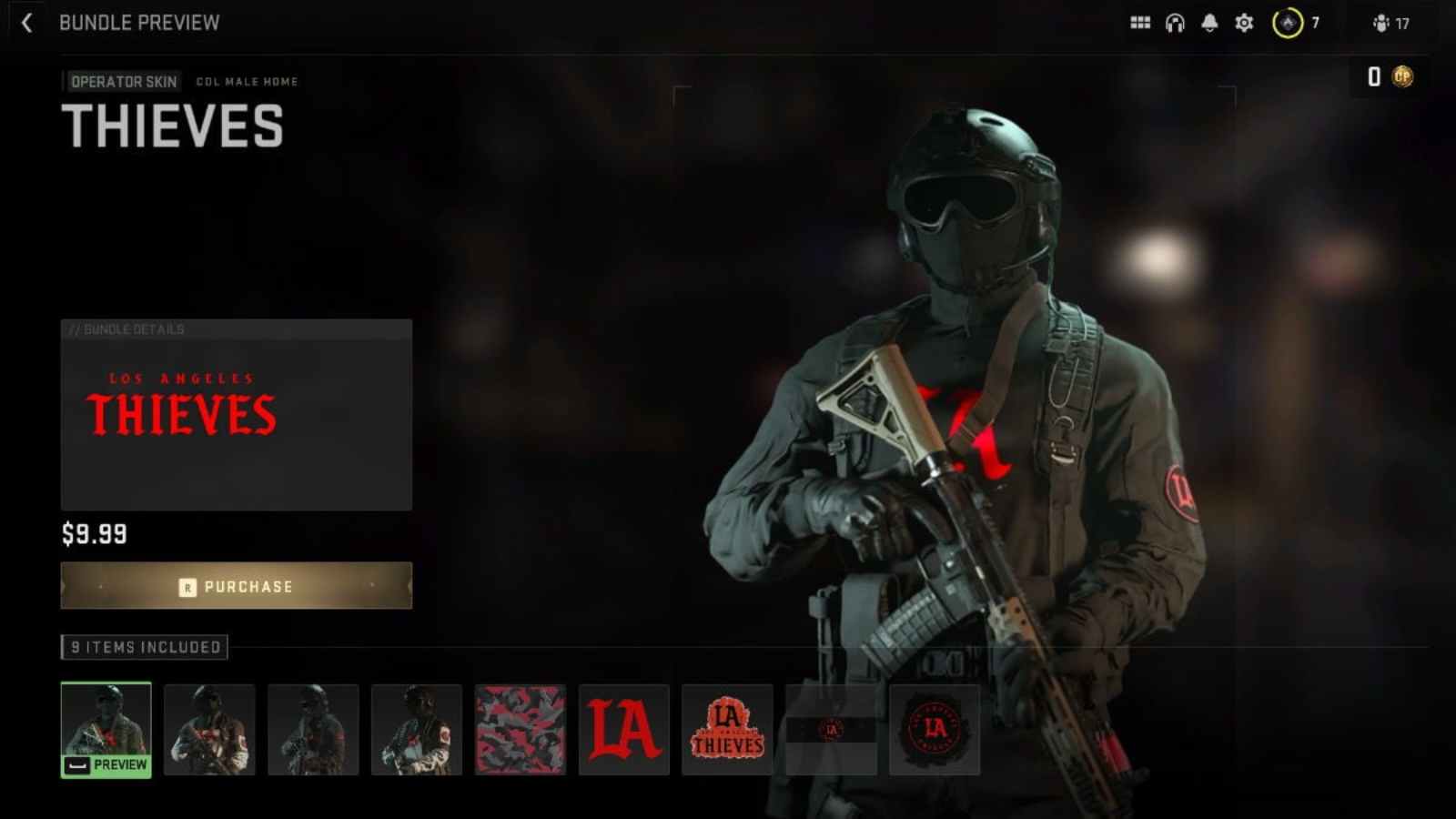 Numerous aesthetic skins have been added to Call of Duty games, but maybe none are have been as controversial as Roze. The Roze operator bundle in Modern Warfare 2019 received flak for the character’s all-black attire. Players complained that finding her in the Caldera rainforests was a nightmare.

When the LA Thieves debuted its CDL Pack operator skin, fans had a bad deja vu attack. The operator wears a suit with red LA initials on the front and all-black clothing. People from the community rushed to the shop, calling it “Roze 2.0.”

Read more: Call of Duty: Warzone 2 – How to Effectively Use the Head Glitch

Call of Duty: Modern Warfare 2 Players Feel They Were Cheated and are Demanding a Refund for LA Thieves CDA Skin

Activision allegedly nerfed the LA Thieves skin by brightening the red color of skin equipment on December 9, according to CharlieINTEL. On November 29, the Operator skin’s original release with an all-black look prompted players to request a refund.

Fans disagreed that the LA Thieves skin is as powerful as the original. Activision objected and more than a week after the skin’s introduction, added bright red shoulder straps and goggles to the Operator. Players of Modern Warfare 2 asked for a refund after because they feel they bought a different product initially.

Any expectations of a return were dashed by Activision, who declared No reimbursements will occur. In every microtransaction, Activision includes a legal disclaimer stating that it may change its products at any time.

Also read: “If you’re the one hacking me plz stop”, Valkyrae sarcastically calls out Elon Musk as her ‘hacked’ YouTube channel gets renamed as Tesla

Fans swamped the comment box with criticism even though they knew it was pointless.

It’s unclear if players who bought the operator skin will receive a refund.

Also read: “I held that frustration for years”, FaZe Rain exposes confidential information on his organization that could get him sued