FIFA 22 SBCs are some of the events that release in the game to challenge the players and also give out free rewards. Here is how to complete the Marquee Matchups FIFA 22 that have recently appeared.

FIFA 22 has a variety of events that release under the prom events that run in the game. The current running promo event is the headliner event and many SBCs fall under it. The Marquee matchups are Squad Building Challenges that highlights certain real-life matches for the coming week. This is a weekly event where the Regular ones are released ahead of every week.

Here is how to complete the Regular Marquee Matchups FIFA 22 for this week.

Players can finish some SBCs in order to unlock some great rewards as well. This contains 4 separate SBCs to complete with 4 separate squads. Players have 6 days to complete the missions.

These are the list of all Regular Marquee Matchups FIFA 22 that has been released in the game for this week.

Also read: How to get the Juanmi FIFA 22 POTM player item? 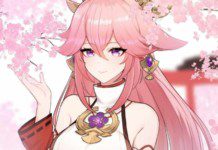