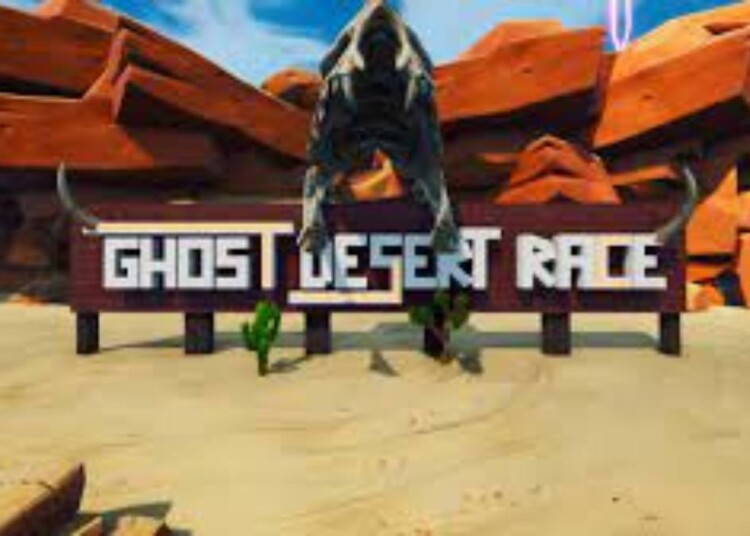 Fortnite Ghost Desert Race: On top of several other game modes, there are more versatilities included inside Fortnite, including Horror Series, Holiday series, and more. Players are a sucker for these maps as well. The new version has brought a new map to the game mode.

Creative mode in Fortnite did just right and justice to the boredom of these players. The article talks all about the latest addition, Fortnite Ghost Desert Race, and all the new elements in it. It has some codes available by the Fortnite community members and interested players can join the creative map for something other than the Fortnite Battle Royale.

The classic map is a racing game mode that allows you to race against eight players using any vehicle in a desert-like environment. It’s another seriously impressive Creative experience and comes with quests.

This mode allows the community to unlock different arenas with challenges for players to participate in. Some of these deal with crafting weapons and buying or selling items with 12 players in a single game. Fortnite had come up with several tactics to keep its players stuck to the game even after the battle royale mode had bored several community players. After a prolonged period, every gamer wants changes in gameplay.

.A game that has taken the world by storm, powering streamers to new heights and giving regular gamers some acute hits. It’s something that has managed to stay fresh no matter how many hours have been put in. These maps test the versatility of gamers and tickle other senses.