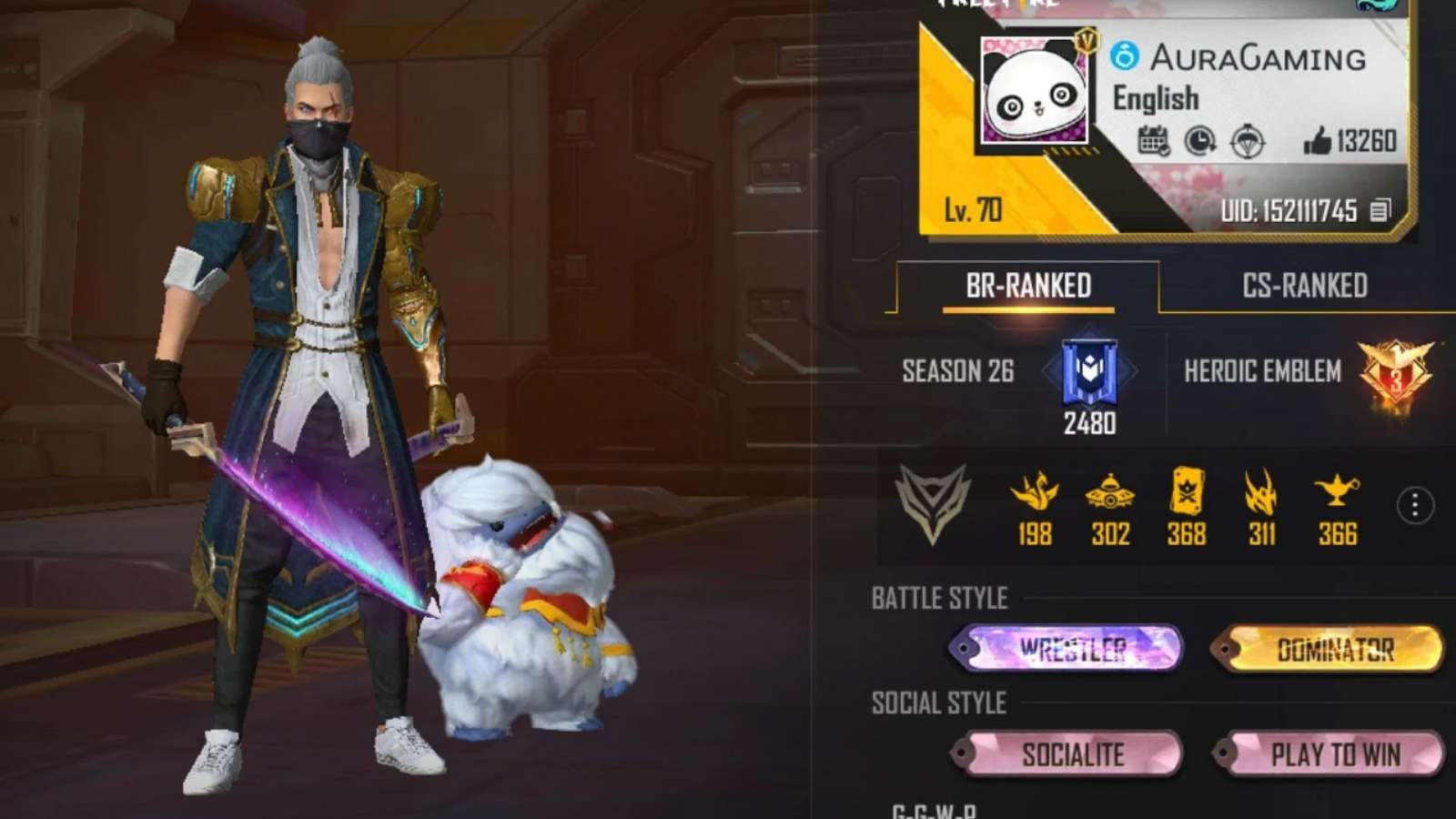 Garena’s mobile battle royale title Free Fire is the most popular among the genre with over a billion downloads on the Google Play Store. Here in this article, we will take a look at Gaming Aura Free Fire MAX ID, stats, K/D ratio, YouTube channel, monthly income and more for February 2022.

Abhishek Singh popularly known as Gaming Aura is a Free Fire content creator originating from India. He has more than 978 thousand subscribers on his Youtube channel with over 83 million combined views. Let’s take a look at Gaming Aura Free Fire MAX ID, stats and more for February 2022.

Gaming Aura has participated in 28 squad ranked matches and has secured 3 wins on his name. He has also secured 103 frags for a K/D ratio of 4.12.

The content creator is yet to participate in his first duo or solo ranked match in the ongoing ranked season 26.

Note: The stats in this article were recorded at the time of writing. They are subject to change as Gaming Aura continues to play more games.

He has over 978 thousand subscribers on his main channel with over 83 million combined views. According to Social Blade, Gaming Aura is estimated to make between $523 and $8.4K every month from his YouTube channel.