Fontaine leaks in Genshin Impact have revealed the potential model for Hydro Archon and other characters. 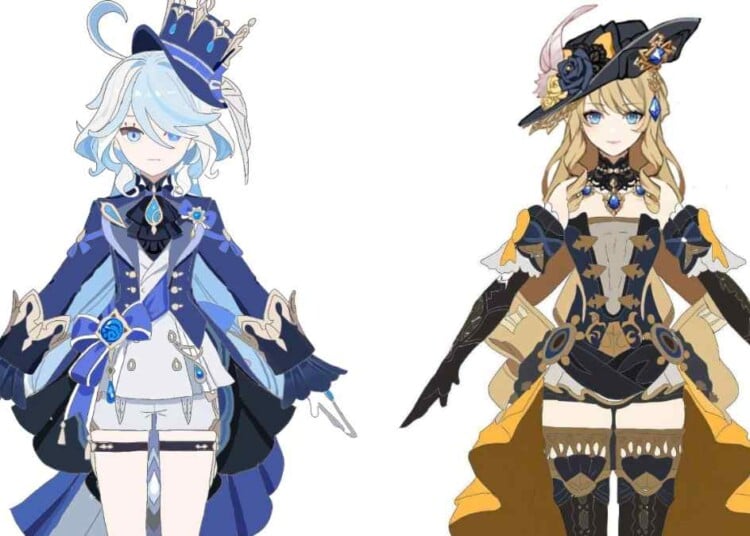 HoYoverse has recently announced the 3.4 livestream date for Genshin Impact but players have shifted their eyes to some recent leaks on Fontaine, the upcoming in-game nation that will be released in the 4.0 update. These leaks showcase some new character models, where one of them possibly belongs to the Hydro Archon.

A reddit user named ‘evenxxz’ has posted a picture of a female character who can be seen wearing a white and blue outfit, this has left the community divided whether she is the Hydro Archon or not. Another leaker was able to post the entire character appearance, which showed that she was wearing a Hydro vision around her waist.

This raises eyebrows among the players as Archons do not carry vision along with them. Nevertheless, this fact cannot be ignored that her outfit is quite distinctive compared to the other Fontaine NPCs. The Hydro Archon or Focalors appears quite modern through her outfit which is shown in the recent Genshin Impact Fontaine leaks.

As of now, HoYoverse has not provided any official information on Focalors, but players have a little knowledge on the Archon through Zhongli and Nahida. One of the most crucial things to note on her, is that she is not an original part of The Seven Archons.

Other Fontaine characters in Genshin Impact

The potential Hydro Archon model was not the only thing that was revealed through the Genshin Impact Fontaine leaks, as another user on Reddit posted a new character’s image, that could possibly be the design for a 5-star character. This new character wears a mustard-colored outfit along with a Victorian hat, which certainly matches with the description available on the Hydro nation.

Some other characters are up in the line, but a clear picture of these playable units is currently not available in the community. Players can however check out the pixelated version of these characters that might give a basic idea as to how these characters will appear, once they become playable in Fontaine.

Another interesting aspect regarding the latest Genshin Impact Fontaine leaks, is that one of the characters is Lyney, who was shown as a twin right at the Teyvat Chapter: Storyline Preview. Since most of the leaks are already out, players can expect more information on Fontaine coming soon.

As of now, players can shift their focus to the upcoming special program which is going to provide 300 free primogems as well as an extensive information on the upcoming character event wishes.