With the recent update for Genshin Impact. There has been a massive update concerning the Spiral Abyss. While many had found the level to be quite difficult in the previous update. Many now speculate that the officially the Spiral Abyss might just be ‘Unplayable’.

The Genshin Impact 2.3 update introduced new characters, weapons, domains, and furniture, as well as a replay of the Eula and Albedo banner and the main event Shadow Amidst Snowstorm. Golden Wolflord is also a geo-enemy in the game, with numerous tasks and challenges.

Aside from tasks, players will battle a variety of foes in Genshin Spiral Abyss, which many consider being the endgame content of Genshin Impact. The Genshin Impact Spiral Abyss is a unique place that consists of 12 storeys with various adversaries that players must conquer under a certain time limit to earn stars based on the remaining time.

You can also watch the new 2.3 Spiral Abyss here:

Why has the Spiral Abyss become even tougher to complete within Genshin Impact?

When we compare the current difficulty of the Spiral Abyss to that of version 1.0 of the game. One might say the level of difficulty has become double. Due to this while, there is an enjoyment of completion. It isn’t as worth it as it was to grind for that much amount of time.

Floors 9 and 10 will remain the same as they are in Genshin Impact 2.4. Floors 11 and 12 will, however, feature new lineups. Here’s a basic rundown of how waves are structured:

It’s only a matter of time before one will realise how to find the meta to be able to complete the Spiray abyss with ease.

Also Read: How to get the Doctor Scarlette bundle in Free Fire 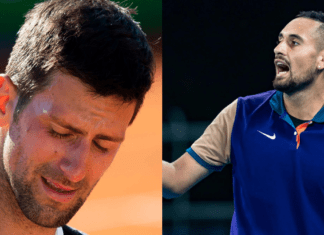