Genshin Impact 2.4 Spiral Abyss had brought various new enemies where players needed to change their combat style in order to tackle with the new bosses. While most of the players prefer using strong characters in that area, it is equally important to form a team that gives the most satisfying output.

Spiral Abyss are undoubtedly one of the most toughest region of Genshin Impact where travelers need to find out strong mobs and bosses. Sometimes, it even gets impossible to beat them due to their special abilities. However, travelers do not shy away from entering the Abyss as they provide the quickest way to farm F2P primogems. MiHoYo also assists them by revealing a general statistics regarding the most used characters in the domain. This article takes a look at most used characters in Genshin Impact 2.4 Spiral Abyss.

Xingqui, the 4 star Hydro character is probably one of the best Sub DPS character in the game right now. Having him in a Cryo team comprising of strong Cryo DMG dealers such as Ganyu is very beneficial as the enemies can be kept frozen for a long period of time. He can also trigger Electro elements that will help to give additional damage in Genshin Impact 2.4 Spiral Abyss.

This list would be incomplete without Raiden Shougun, one of the strongest Electro user in the game. She became instantly popular since her release due to her extraordinary damage potential. Her national team comprising of Xiangling, Bennet and Xingqui is widely used by the players due to their F2P friendly nature. Moreover, her energy regeneration abilities makes her the most coveted character.

The 4 star Pyro character, Bennett is one of the most versatile characters who can provide just the right amount of ATK boost as well as provide healing. Bennett has been the top choice for the travelers in Spiral Abyss for a long period of time due to multifaceted nature. He can easily fit in if players lack a 5 star Pyro character.

The second most used character in Genshin Impact 2.4 Spiral Abyss is Geo user Zhongli. Since he got a rerun in the current update, many players started using him in the Spiral Abyss. Zhongli’s Elemental Burst, Planet Befall covers a large AoE which is crucial when many enemies tend to attack at the same time.

The 5-star Anemo user, Kaedehara Kazuha remains at the top of the list of most used characters in Genshin Impact 2.4 Spiral Abyss. Kazuha’s crowd control skill is what makes him, one of the most picked character. Covering Floor 12 with him and strong Pyro characters would be an easy task as Kazuha masters in elemental reactions.

NOTE: The mentioned data has been taken from Genshin Lab. It might change once more areas are unlocked in the current update

Also Read: Genshin Impact alternate skins: How to obtain the outfits of Jean, Amber, Rosaria and Mona for free? 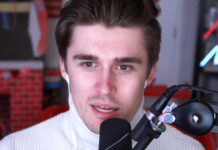