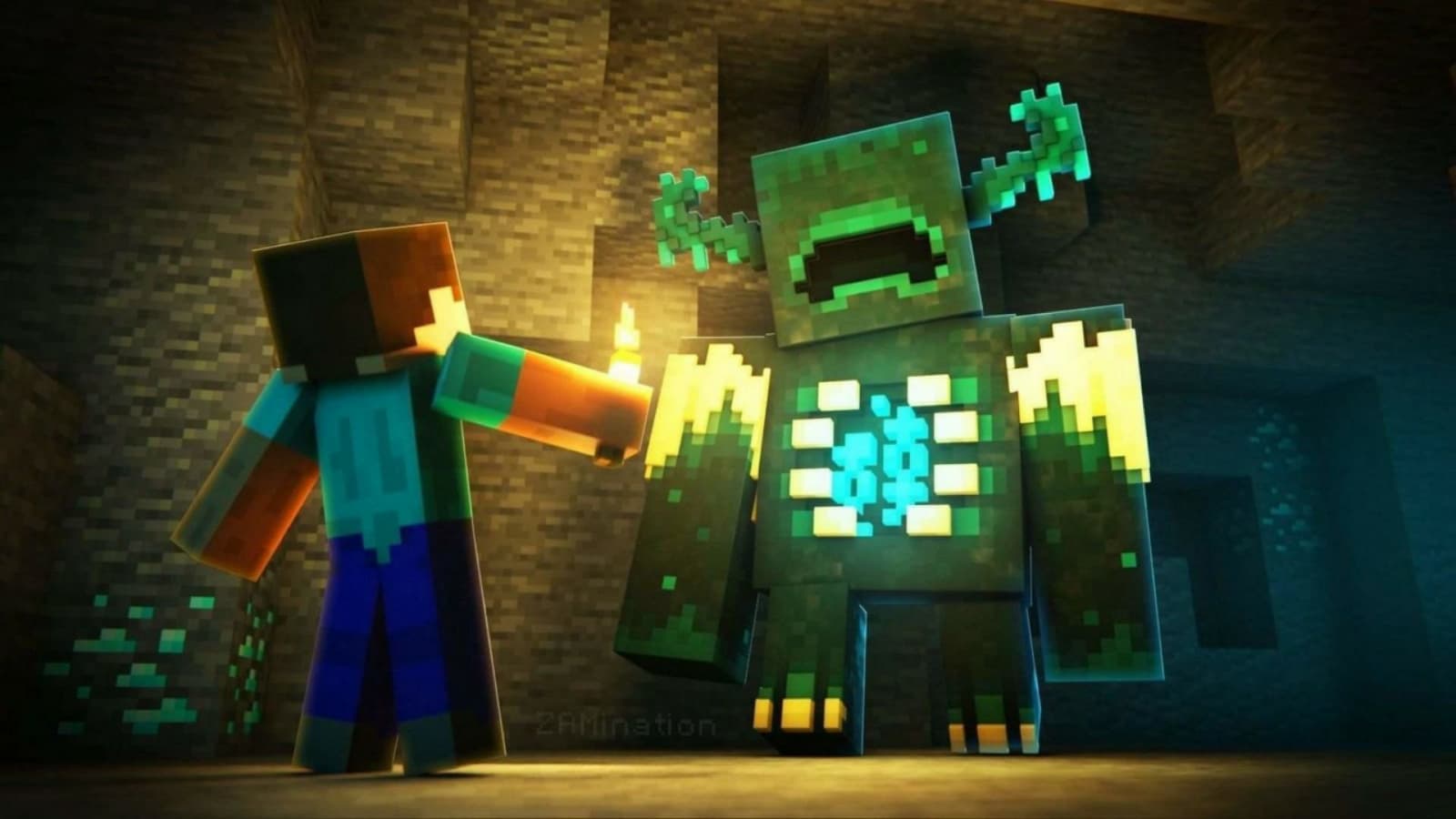 Warden in Minecraft 1.18? (image via. gamespot.com)

The Minecraft Caves and Cliffs are one of the biggest updates that the game had received in a long time. This sets to change the caves and mountains of the game drastically and also add a lot of new additional features. The update was released in two parts, and right now both parts have been released globally.

The Deep Dark was one of the concepts that the players were most excited about in the Cave revamps. This was supposed to be the new deepest biome to be found in the game and featured the Warden mob in Minecraft. However, the mob and the biome are not a part of the new update, and here is why.

Warden in Minecraft 1.18: When is it coming in the game?

To the dismay of many players, it is now a known fact that the Warden will not be released into the game in the Minecraft 1.18 update.

The Warden is a new hostile mob that will be introduced along with the Deep Dark biome in the game. The Deep Dark is going to be the lowest point in the game below Y level 0 and will feature darker caves with new features.

This was supposed to release along with the Minecraft 1.18 update but has been pushed back. The reason for this was revealed in Minecraft Live 2021 which took place in October.

The developers from Mojang stated that they will be adding a new naturally generated structure, called the Ancient Cities inside the Deep Dark, and also many other Sculk blocks that will pick up vibrations. The Wardens will also spawn here and will be able to hear and smell out the player.

Due to the inclusion of the newer additions, the whole biome and the Warden in Minecraft have been pushed back to the next The Wild Update. This update is scheduled to release sometime next year, but the exact time has not been specified.

Also read: When is the Minecraft 1.18 update coming out?