Former Overwatch pro-Felix‘ xQc’ Lengyel has been on a tear this year on Twitch. Having generated more income through Twitch streams than any other creator in 2021, his impact on the website is undeniably huge. One can’t help but compare his success to the one enjoyed by Ninja a few years ago, before his shift to the now-defunct platform Mixer. But is xQc more valuable than peak Ninja? Pokimane explained with a smoking hot take.

While interacting with her fans on stream, when one of them insisted that Ninja was still an “S-tier” streamer, Pokimane shut them down instantly with a somewhat debatable reply. “I think xQc is more valuable now than Ninja was, even in his peak. Is that a hot take? I don’t know.”

Ninja had previously held the records for most subs, as well as most-viewed stream. Although the records have been broken, neither his legacy nor his impact on the streaming Industry could be questioned. So, his comparison to the xQc, who is currently the biggest star on Twitch, was always going to be a hot take.

Can Ninja succeed without Fortnite?

She further explained her point by saying, “xQc will get viewers doing anything. Ninja was the top Fortnite streamer when Fortnite was popping. Two very different things. You can’t just look at view count and think that’s everything.”

You can watch everything Pokimane said in the video below:

Ninja and Fortnite indeed peaked together, and a lot of his success could be attributed to the success of Fortnite; xQc, on the other hand, has played a variety of games and still managed to bring in similar numbers almost every time.

Also Read: Fortnite Jumpman Zone Code in Creative and How to Play

The battle for xQc

With xQc bringing in crazy numbers over and over again, his departure from Twitch could be a disaster for the streaming company. If reports are to be believed, Youtube has been trying to poach him for quite some time. Will he stay, or will he leave? And even if he does go, what are the chances that he won’t end up the same way as Ninja did with Mixer? Those are some questions only time could unfold. 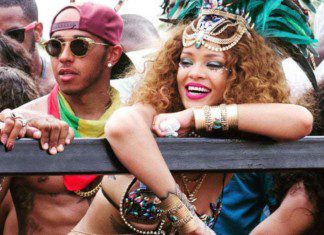