Why does Fortnite Chapter 3 Season 4 have a ‘mysterious’ countdown in the lobby section? 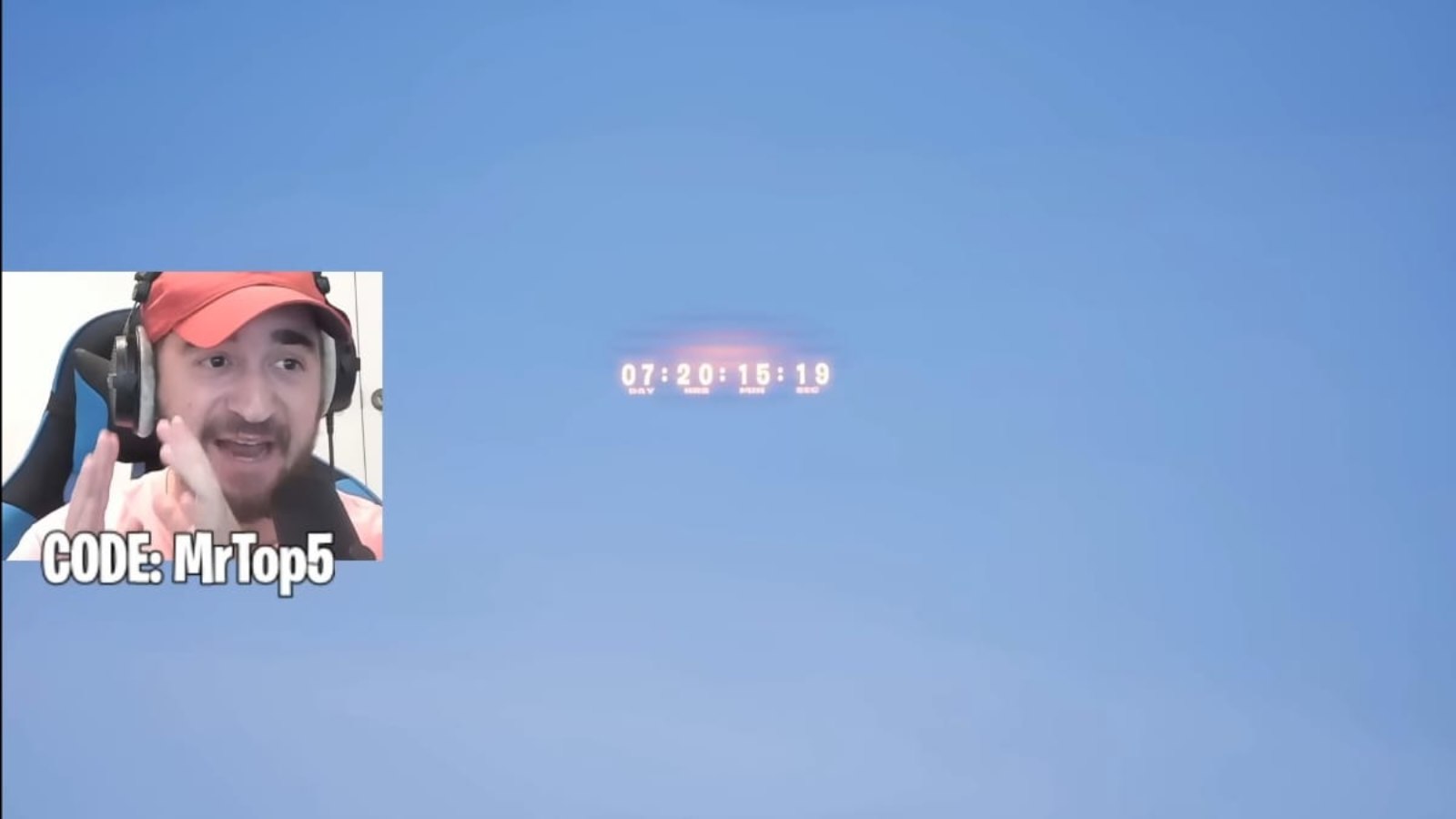 Fortnite players have been left confused after finding a mysterious countdown in their in-game Fortnite lobby. The final season for Chapter 3 is about to be over and the explosions for its farewell are all set. The countdown, however, has some unanswered questions behind it.

Season 4 will end on 3rd December. With less than 2 weeks left for the end of Chapter 3, players are pretty sure the stage for the end of the current map is already set. The live event will cause extended downtime, and Epic Games will immediately release Fortnite Chapter 4.

Countdowns like these are usually pointing towards big events and players expect something big to be coming back.

Why is there a countdown timer in Fortnite?

When players matched the countdown to the calender they found that the countdown is basically for the season finale called Fracture. The current Fortnite countdown will end on Saturday, December 3, 2022, at 1 p.m. PT / 4 p.m. ET / 9 p.m. GMT. The Fracture live finale event will begin at this time. Epic Games has teased that it will be an “otherworldly and unexpected social event” in which players will decide “the fate of the Island.”

READ MORE: What to expect in the PlayStation Plus Celebration pack leaked for Fortnite Chapter 4 Season 1

The timer appears in two places, in the lobby, and in the in-game world. It is safe to say that this countdown is only for the drop of the fracture live event. After this live event is done the servers of the game will be down for maintenance and the game will be live when Epic Games prepares for the beginning of Fortnite Chapter 4. The live event is on 3rd December and Chapter 4 will begin on 4th December 2022. The live event and the start of the new chapter will be simultaneous in the world.

This event will be only for 40 minutes and will be a one-time exclusive. The players should be present in the game before the live event is started to participate in it. Hop in 30 minutes before to be on the safe side. The previous storyline live events have been a blast, so fans can prepare to be blown away by this one as well!