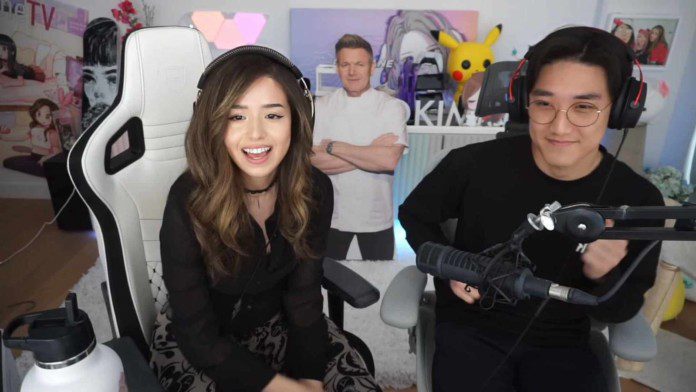 Pokimane recently caught the limelight once again because of her relationship status. Pokimane’s recent cooking live stream with rumored boyfriend Kevin is going viral on multiple social media platforms. It definitely fuels some rumors about their dating life. Although the two were just cooking and enjoying their time, the chemistry between them was palpable.

Naturally, this stunning chemistry raised a lot of questions about whether the two are in a relationship. Pokimane also updated multiple stories on her Instagram handle with Kevin after the live stream. And we can say that the pictures are truly adorable.

Later on, Pokiman’s pictures were also shared by a fan account’s Twitter handle. And after those pictures, fans went crazy wondering whether the duo is more than friends. Interestingly, Kevin has also been appearing in many of Pokimae’s live streams lately. Mainly both of them just hang out and read viewers’ comments on live streams

It seems like she likes to keep her dating life private. However, this time, her fans are almost certain that Kevin and Pokimne are dating. Mainly because of the bond and dynamic that the two of them share, especially, on live streams.

Well, according to the majority of Pokiman fans, the general consensus seems to be that Pokimane and Kevin are actually dating currently, but they haven’t confirmed anything yet. Hopefully, in 2022, we get to see them together as an official couple.

Do you think Pokimane and Chef Kevin are dating? Also, do you like their chemistry in live streams? Let us know in the comments below.

Lakshya Chopra - January 22, 2022
It was another normal day at the office for US Open champion Daniil Medvedev as he blasted past Botic van de Zandschulp in the...