The second day of the three day long super weekend of PUBG Mobile Global Championship 2021 East concluded today. Top sixteen teams enagaged in a hardcore battle at different classic maps to pave their way towards the league finals. The points earned by the teams will play a great role in predicting the overall positions of the teams. This article takes a look at the overall standings of PMGC 2021 East Super Weekend Day 2. The eastern region comprises teams from China, Indonesia, Malaysia,South Asia, SEA and MENA countries.

Thai PUBG Mobile powerhouse, Team Infinity who were struggling hard to give a top notch performance finally became the table toppers today with 119 points and 56 eliminations. The team also secured one chicken dinner out of the five matches. Malaysian PMPL winner, Team Secret followed the Thai team with 105 points with a perfect balance of elimination and rank points. 4Rivals who recently came under Yoodoo Alliance were also consistent in their perfect game play and finished the super weekend with 100 points on board.

The first match of the day being played at Erangel, saw a brilliant game play by Rico Infinity Team  who won the chicken dinner and add 25 points to their standings. AppyAll from 4Rivals came forward to take 4 frags and help his team to finish at the second position, as a result, he was named as the MVP of the match.  The game play of D Xavier’s was also notable as they gained the third position at the match rankings with 16 points and 4 eliminations.

The second match of PUBG Mobile Global Championship 2021 East SW1 Day 2 began at Miramar where MS Chonburi lost two of their players within a few minutes of the match’s commencement. Nigma Galaxy which demonstrated an appreciable game play at the weekdays got eliminated early with just 1 elimination. Korean team, REJECT made a huge comeback at this match as their player ‘Devine’ took 5 finishes to help his team obtain that coveted chicken dinner. A slight mistake from Infinity caused them to get eliminated at the second position, although their good performance cannot be ignored. Other teams that made a mark were Six Two Eight and Deadeyes Guys.

The third match was again played at Erangel map. Fan favorite team Nova Esports initially looked confident enough to win the match, however, their player, Paraboy was defeated at the playzone. It was uncertain to predict the winner until the very end as the remaining teams had the same number of players alive. With a total of 9 eliminations, 4rivals got eliminated at the third position due to the accurate grenades of Jumper01MX from Team Secret. It was a 1 vs 2 situation at the end between Team Secret and DRS Gaming where Team Secret perfectly eliminated the last player and grabbed the chicken dinner with 14 finishes.

The fourth match was won by Team Infinity at Sanhok, with 3 of their players being knocked out, DRS Gaming were left with a 1 vs 1 situation with Team Infinity. Noozy from the latter team who already owned 6 frags perfectly clutched at the end to eliminate AJ from DRS Gaming. The fifth and final match of PUBG Mobile Global Championship 2021 East Super Weekend 1 Day 2 was again won by REJECT with perfect bullet sprays at the end.

Fans are now looking forward for the same performance at the last day of Super Weekend from their favourite teams. The tournament will be live streamed at PUBG Mobile Esports channel at 4:30 PM IST. 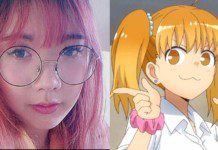 “Thank you so much!” LilyPichu’s latest role gets on step closer to her dream 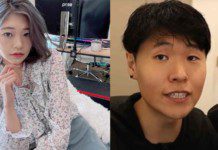 “I like him” Miyoung reveals some interesting new details 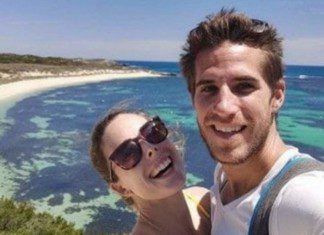 T Rushitha - January 22, 2022
Alize Cornet is a French professional tennis player and has won six singles title and three doubles titles in her career. In the ITF...