PUBG Mobile Global Championship 2021 East League stage has finally concluded and The Infinity is the most strongest team right now as no other team has been able to surpass them due to their consistent performance throughout the super weekends. The top sixteen have proceeded towards the finals whereas two more teams got eliminated from the tournament today.

With 506 points, The Infinity is reigning at the top position of the score board. Rest of the teams are left far behind as Genesis Dogma GIDS is placed at the second position with 409 points. They were able to accumulate most of their points from the second week. Stalwart Esports and Nigma Galaxy are holding the third and fourth position respectively with 387 and 376 points. Nova Esports had a close save today as they managed to claim the last slot with 217 points.

Genesis Dogma bagged the chicken dinner at the second matches as the team went on a killing spree to take 14 finishes. Ssatar from the team was the star player of this match. Infinity the lead scorer managed to claim the second last position at this match after taking 6 frags.

The third and fourth match of PUBG Mobile Global Championship 2021 SW3 Day 3 was won by Genesis Dogma GIDS and Rico Infinity Team. By winning two back to back matches in the third day of the super weekend, Genesis Dogma managed to retain their position at the score board.

The final match of PMGC 2021 SW3 Day 3 was won by FaZe Clan but they were only able to take 3 finishes and add 18 points to the score board. As a result, they failed to make it to the finals. Infinity once again shone in this match after taking 11 eliminations. Fan favourite Nova Esports was only able to take 1 frag in the last match.

The finals of PUBG Mobile Global Championship 2021 East will commence from 22nd December and conclude on 24th December. A total of 6 matches will be played per day by the sixteen qualified teams. 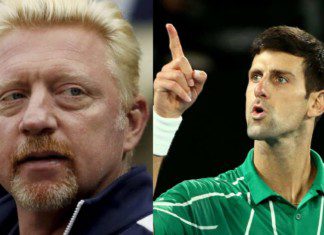 Lakshya Chopra - January 12, 2022
20-time grand slam champion Novak Djokovic has been the talk of the town since the last 10 days. Djokovic was granted medical exemptions to...