Perhaps one of the biggest crossover in the history of PUBG Mobile is making its way as Krafton has recently teased PUBG Mobile x Spiderman No Way Home collaboration in their official social media handles. The teaser has left the battle-royale fans in awe.

Tencent is known for announcing major crossovers in its popular battle-royale, particularly which are trending the charts. In the recent months, the company has announced huge partnerships back to back, the recent being the partnership with Youtube premium which is giving away 3 months of free premium subscription to its players. The collaboration with League of Legends Arcane series is going on currently and fans are now kept in toes for the announcement date of PUBG Mobile x Spiderman No Way Home collaboration.

Although players are engaged playing the Mirror World Mode right now which was brought in the 1.7 update as a part of the Arcane collaboration, Tencent has kept in store another good news for the players as their recent social media post suggest that a major collaboration with Spiderman No Way Home is going to happen soon. The PUBG helmet being entangled in spider’s webs sent fans in a frenzy as they were quick to decode PUBG Mobile x Spiderman No Way Home collaboration.

The PUBG Mobile x Spiderman No Way Home collaboration date and other details are awaited by the players as the social media post announcing, “Something big is swinging its way into PUBG MOBILE and the big screen! What could it be? ”  only came as a teaser of the collaboration and other details weren’t provided. This crossover is going to be a treat for Marvel fans as Spiderman is a popular super hero character by Marvel Cinematic Universe which is making its way to PUBG Mobile.

In addition to that, rumours suggest that PUBG Mobile will also collaborate with the prominent K-drama series, Squid Game. The collaboration will bring the Red Light, Green Light mode in the game inspired from the Netflix series.

Also Read: PUBG PC to be free-to-play from January 2022 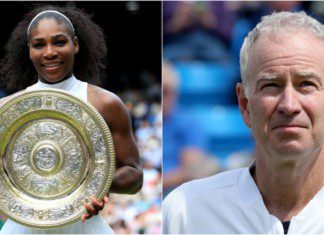 Sarthak Shitole - January 27, 2022
Serena Williams has been absent from a tennis court for more than 6 months now and tennis fans are desperate to see the former...