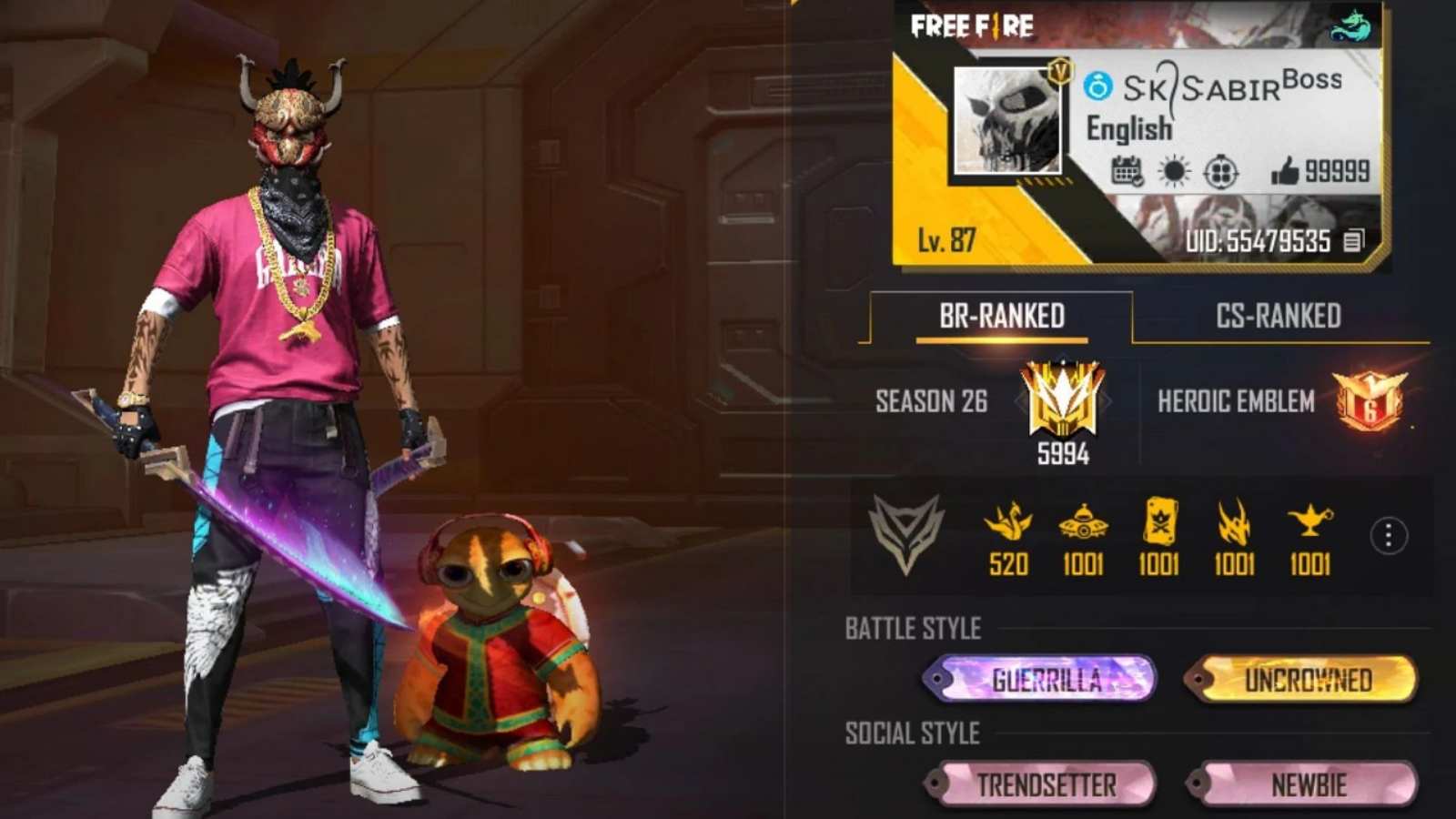 Free Fire is the most popular title in the mobile battle royale genre this popularity has given rise to many content creators. Here in this article, we will take a look at SK Sabir Boss Free Fire ID, K/D ratio, stats, YouTube channel, monthly income and more for February 2022.

Sheik Sabir has 4.85 million subscribers on his YouTube channel SK Sabir Gaming and has over 224 million views. His content range on various topics around the battle royale title Free Fire but are mainly based on his over the top gameplay. Let’s take a look at SK Sabir Boss Free Fire ID, stats, K/D ratio and more for February 2022.

SK Sabir Gaming has also participated in 1762bsolo matches and has 153 first-place finishes. He has successfully claimed 3606 kill to ensure a K/D ratio of 2.26.

Related – How To Get Dawnlit Hitman Bundle For 50% Off At Diamond Royale In Free Fire Max?

SK Sabir Boss is yet to play his first ranked game in this ranked season 26.

Note: The player’s stats have been collected at the time of writing the article. This will change as SK Sabir Boss plays more matches in Free Fire.

Sheikh Sabir has made his YouTube debut a few years back on his channel SK Sabir Gaming. He has accumulated a huge community of over 4.85 million subscribers with over 224 million combined views on his main channel with over 330 videos.