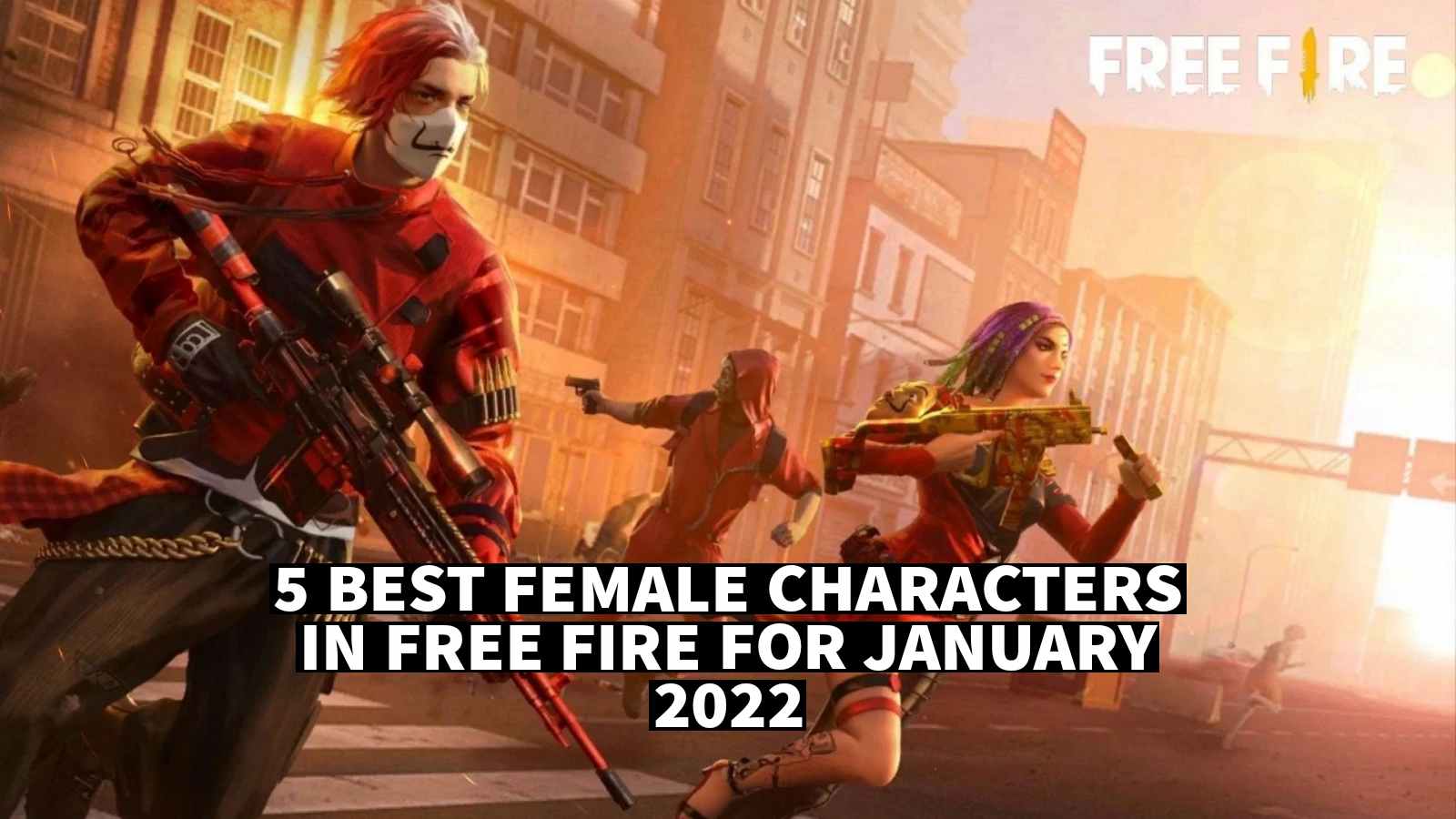 Free Fire has offered the most diverse character roster in the mobile battle royale genre to assist players on the battlefield. Here in this article, we will take a look at the top 5 best female characters in Free Fire for January 2022.

Dasha’s ability “Partying On“, has several effects including a decrease in the damage taken from falls by 30 per cent and recovery time by 60%. On increasing the level of Dasha, her ability also increases significantly.

Kelly is the best character when you consider sprinting or movement speed in Free Fire. Her awakening ability can be attained by achieving some missions.

The character’s Deadly Velocity skill can improve the movement speed by 6%. Her awakening form also provides an additional boost by dealing damage of 106% damage with the first shot.

Steffie has a special in-game active ability called ‘Painted Refuge‘. At her initial level (Level 1) Steffie can create graffiti that reduces explosive damage by 15% and bullet damage by 5% for five seconds. The CD lasts for 45 seconds, and the effects do not stack.

A124 has an impressive active ability called ‘Thrill of Battle‘. It quickly converts 25 EP into HP with a cooldown of 90 seconds at the initial level. With the increment in character level, the ability is also significantly enhanced. This is the list of the top 5 best female characters in Free Fire for January 2022.

Also, Read – Can Free Fire Diamond Generators Get You Banned? All You Need To Know