Top 5 tips and tricks to ace Haven map in Valorant 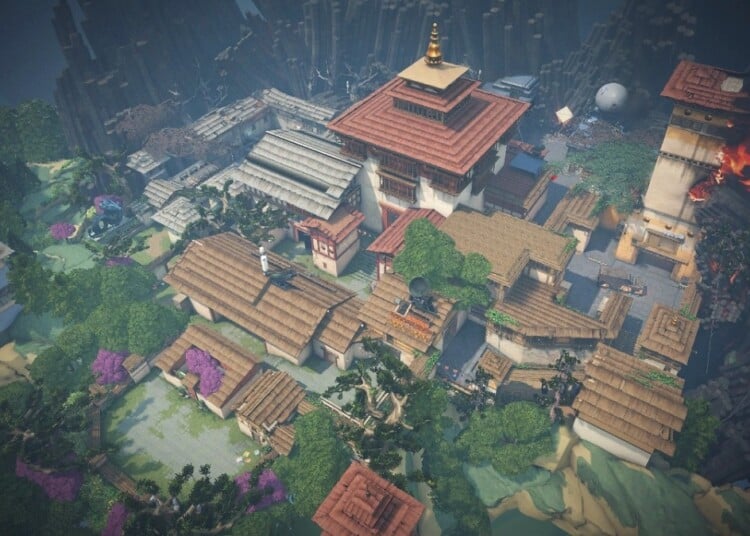 Valorant is a 5v5 FPS game developed by Riot Games. It combines elements of Counter-Strike: Global Offensive and Overwatch to create something distinctive, even if it occasionally seems like the worst of both worlds. While Overwatch places a strong emphasis on abilities, CS: GO is primarily about shooting. You must be an expert shooter to survive in Valorant, but such skills can also influence the course of the game.

Valorant has a number of maps and every map has its nuances. Haven, unlike other maps in Valorant, has 3 different bomb sites. The additional bomb site complicates the game to a whole new level and necessitates an entirely different strategy than usual. Haven is a challenging nut to crack because of its extra corners and dangerous blind spots. It’s one of the biggest maps but the funny thing is it is the least spacious with unique twists and turns inside the map.

It has multiple choke points which favor defenders, on the other hand, three sites open up more options to attackers and make it hard for defenders to defend all sites at a time. Players usually get intimidated by the size and its unique design, but it is an easy map to learn. Picking the right team comp helps a lot on this map and implementing the right strategy helps you to excel on Haven.

Related: What is the 9-3 curse in Valorant? Riot Games finally gives its verdict

Tips and tricks to excel on Haven in Valorant

Haven has multiple sites, it’s hard to hold all of the sites effectively. So what you can do is you early aggression in the areas to take the early map control. After the start of the round, players can push through mid with one person watching the grass. This will give you complete mid-control and attackers will be either stranded in the A lane or C long. what you can also do is if you are using raze, you can throw a grenade in the window to prevent players to peak from there. You can also smoke off the window. To counter this aggression from the defending sites, attackers should play default. Playing default in Valorant means slowly pushing and holding from the barriers and waiting for defenders to come out.

Both A and C have long lanes at its entrance. It is perfect for holding the site with the operator. You can also push from this site while your teammate holds the angle for any attacker who peaks. Now they can either flank the attackers or hold in the cubby for an unexpected blowout. It will also give you C long control. It will also help in acquiring orbs. You can perform exactly the same strategy on the A site. Make sure that the garage and B-site are covered to avoid enemy flanks. To counter operators, you should communicate with your controller to smoke off the angle effectively to avoid any difficulty.

3. Planting in B site

B site is the easiest one to plant in but the hardest one to play post-plant. After fooling the enemies, you can easily get into the B site if you execute it properly. Defenders usually just wall off the B-site with Sage and play in both sites and the garage. It’s hard to direct push into the B site as it is open to many flank angles. If you successfully manage to execute and plant in B-site you can either play post-plant actively or passively. For active play, Take hold of A link, which will give you more space to fight and more space for enemies to clear. Another way to play actively is taking the garage to reduce the number of areas from where enemies can pitch you while retaking. For passive play, just use your stalling abilities like molly and shock dart to stall enemies from defusing.

Every bombsite in Haven can be quickly and readily reached thanks to the way it is set up. Players should resist the urge to act fast out of panic since in Haven, patience is the real secret to success. Players must constantly be alert to verbal conversations or their teammates’ pings since rotations are essential whether they are playing attack or defense. Quick rotations frequently catch the other side off guard and increase the round’s likelihood of victory.

It is recommended to play your main agents in Valorant but there are few agents who excel on Haven. Chamber was one of the best agents to be used to play on Haven before nerf he received. Now, Killjoy fills his boots as the sentinel on this map. She can hold a site on her own and if needed so she can also hold garage effectively. Cypher is also a good option. For the duelist role, there are multiple agents. Raze was the most picked agent on this map in VCT Champions 2022, but Jett had a better win rate. Fade and Breach are great on this map as Fade helps in scouting hard angles and Breach can capitalize on long lanes in both A and C. Breach stuns are also useful in B-mid and outside of the garage to gain map control. For the controller, Omen is an optimal pick for this map as his smoke refreshes and is easier to fake one site and rotate to another.