Read: Find out why Disguised Toast was going to kick Valkyrae out of his house here!

What was Mizkif’s New Years Resolution?

When Valkyrae asked him the question he had to think for a while, it seemed as if he had either forgotten it or was coming up with it at that very moment. After some thought he told Valkyrae “My Goal is to bring more on stream” after which she started carefully listening to him. He continued and said “I think I am kind of an off-stream kind of guy, I want to bring that more on stream”.

Upon hearing this Valkyrae expression changed to one of obvious confusion and doubt. She replied to Mizkif “Sorry what did you just say?” and broke in laghter. He futher added that he wanted to be more transparent with his viewers and would go through his discord on stream and give honest reactions to his viewers.

After this Mizkif tried to summarize his goals and she interrupted him by saying that his goals was “Zero privacy, zero morals, zero goals just all in”, to this he replied by saying “Papa John’s”. Then he revealed that he already acheieved most of his goals and was clueless as to what he wanted to do this year.

Read: Check out Valkyrae’s Net Worth and Awards here!

What was Valkyrae’s New Year Resolution?

After this Mizkif turned the tables on her and asked her what her goals were. “I want to work out again, I want to do more content, I want to do more than streaming you know?” she told him. Then he asked her if she was trying the ‘Ludwig approach’ to which she replied that she didn’t want to have her own show.

“Then what do you want to do” he asked her. She told him that she didn’t know and started throwing suggestions which could possibly hints about what she had got planned for 2022.

“Maybe try some voice acting” she told him, “Maybe participate in making a game or something, maybe go to Austin” all of which seems intesting to say the least and makes all of us look forward to what Vlakyrae has got planned for 2022 as this year almost closes itself. 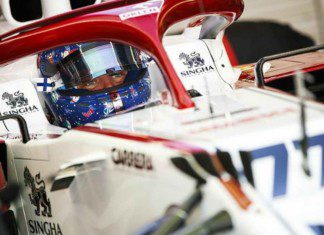