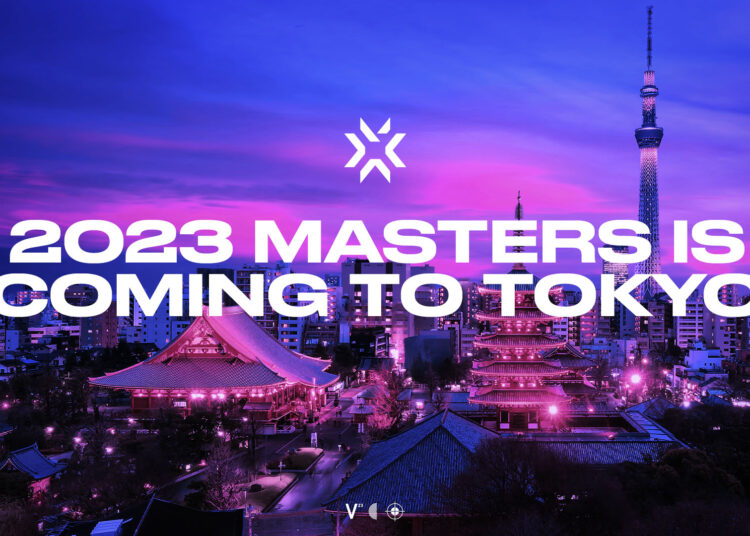 The Valorant Champions Tour Masters is an annual tournament that culminates in a grand finals event. It is the pinnacle of the Valorant Champion Tour (VCT), the competitive circuit for the popular first-person shooter game Valorant. The Masters event features the top teams from each region, including the winners of the VCT’s three International Leagues and the LOCK//IN event in Brazil.

Riot Games has announced that the Valorant Champions Tour Masters 2023 will be held in Tokyo, Japan. This event will be the second international event of the 2023 Valorant Champion Tour (VCT) and is part of Riot Games’ efforts to introduce the popular first-person shooter to a wider audience. The Masters will take place in June after the inaugural International Leagues have concluded.

VCT 2023 will feature a complete overhaul of the existing system, with three International Leagues in three regions: America, EMEA, and the Pacific. Each of these leagues will have 10 teams, and the best teams from each league will advance to the Masters event. The Masters 2023 Tokyo will include the top 3 teams from each of the three International Leagues, as well as the winner of the LOCK//IN event in Brazil.

The best-performing teams at the Masters 2023 Tokyo will earn a spot at the Valorant Champions annual tournament, while other teams will have another opportunity to qualify through the Last Chance Qualifiers in July. The international schedule for VCT 2023 is as follows: Kickoff Tournament LOCK//IN from February 14 to March 5, International League Split from March 26 to May 28, Masters 2023 Tokyo in June, Last Chance Qualifiers in July, and Valorant Champions 2023 in August.

Also read: How to check how many hours you’ve spent playing Valorant?

Valorant EMEA: What do we know about it?

The Valorant Champions Tour (VCT) for 2023 will feature a new format in which only teams partnered with Riot Games will compete at the highest level of the tournament circuit. The EMEA (Europe, Middle East, and Africa) split of the International League will consist of 10 partnered teams who will come together in Berlin to compete on LAN from March to May 2023. The regular season will be a single round robin with a best-of-three format, resulting in a total of 45 best-of-three matches.

The top six teams will advance to the Playoffs, while the remaining four will be eliminated. The top teams from the Playoffs will then face off against partnered teams from other regions in the year’s only VCT Masters event. The EMEA region is known for its mix of slow and methodical strategies, as well as its burst potential and star performers in various roles. The VCT EMEA 2023 is sure to be a highly competitive and exciting tournament.

Read more: Valorant player count: How many players are currently active in Valorant 2023?

The Valorant Champions Tour (VCT) EMEA region is known for its highly skilled players in various roles, including entry-fraggers, controllers, and Sentinel agents. These players, such as ScreaM, zeek, cNed, Derke, AvovA, Boaster, and koldamenta, are known for their mechanical prowess and strategic abilities that allow them to excel in their roles and create advantages for their teams.

The EMEA region also includes a number of minor regions, such as Northern Europe, Spain, France & Benelux, DACH, Turkey, Eastern Europe, Italy, Portugal, and MENA, which are home to talented local players and former professionals who are looking to make their way into the VCT scene.

These players will compete in the Challengers Splits and Ascension Tournament, with only one spot available at the end of the long and competitive process. The team that comes out on top will pose a significant threat to the EMEA League in 2024. This is sure to keep the fans engaged in various tournaments till the end.

Read more: What is the 9-3 curse in Valorant? Riot Games finally gives its verdict