Valorant: Ranking all the skin bundles released in Episode 5 so far

by FS Desk
in Valorant 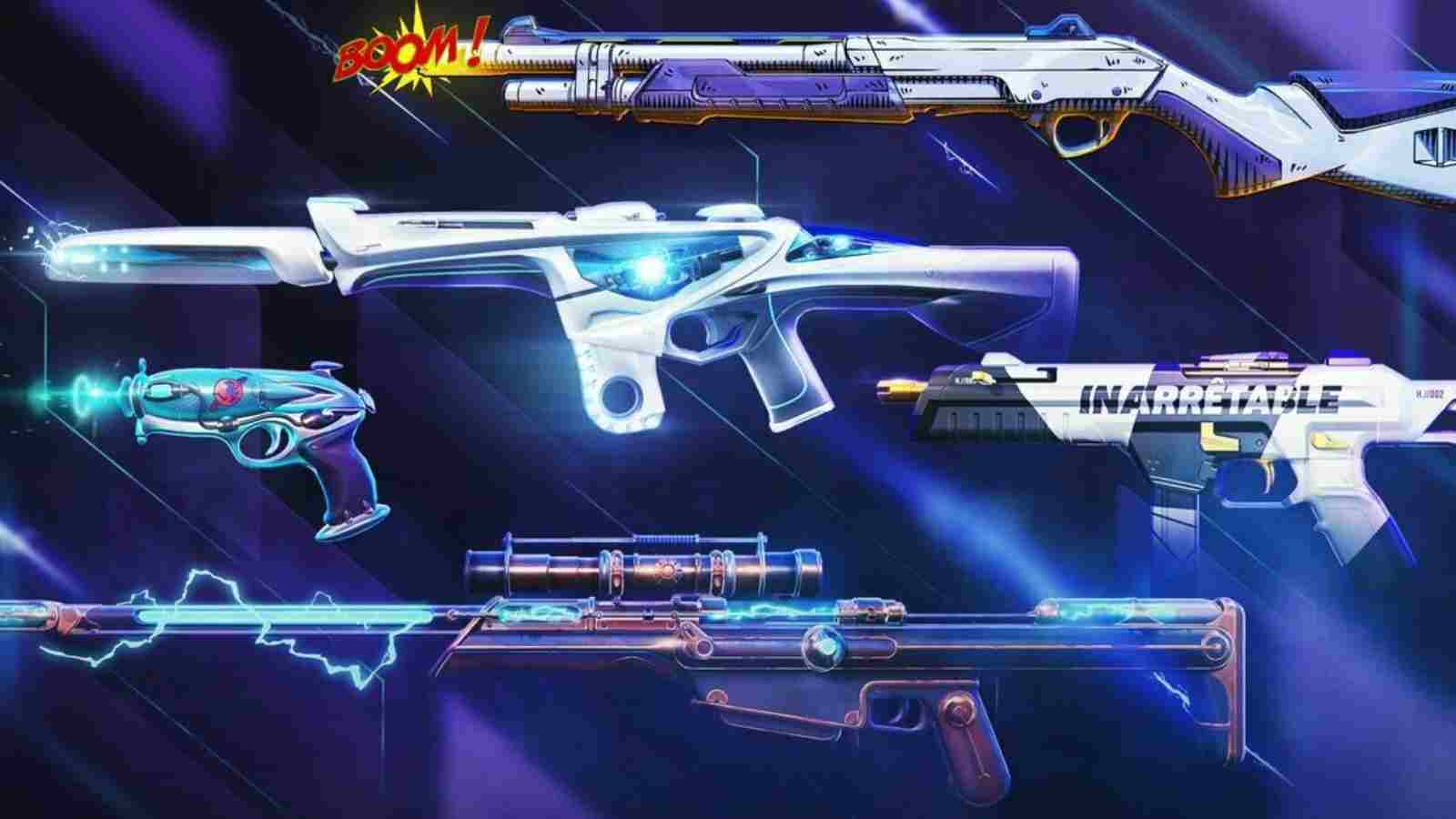 Riot Games’ take on the classic 5v5 FPS shooter genre, Valorant has quickly become a favourite amongst gamers all around the world. A major reason for this is the whole look and feel the game has.

Visually, one of the best parts of Valorant has to be the numerous skin bundles added to the game regularly, each adding a different look to the game’s weapons. Although far from over, let’s take a look at all the bundles which have come our way as a part of Episode 5.

With its name stemming from the Arabic word for immortality, the Sarmad bundle instantly brings to mind the imagery of Egyptian gods and goddesses, with its shimmering golden colour scheme complimented by the jade-coloured accents.

One of the best parts of this bundle was the upgradable Blade of Serket, named after the Egyptian God of Healing and Magic. Once upgraded, the blade has a dual-wield animation, making it one of the most awesome melee skins in Valorant. This was a Deluxe edition bundle, costing 5100 VP in the store.

Released first during Valorant’s beta, the Reaver bundle was rehashed for the game’s 5th Episode, this time the designers not holding back in embracing the skin’s dark, grunge-style aesthetic in its black metal mixed with purple hues.

All the skins are also upgradeable, switching out the purple for red, black and white colour schemes as their levels increase, but personally, we love the base purple colour’s gothic energy. The bundle was Premium edition one, costing a whopping 7100 VP for players to purchase in-game.

Just like last year, Riot Games added a bundle celebrating the VCT 2022 this year as well. Complimenting last year’s combo of a Vandal and Karambit, this year’s bundle brings beautiful skins for the Phantom and a Butterfly knife. The bundle was deemed an Exclusive edition bundle, costing 6167 VP.

A marquee feature of this bundle was the “Champion’s Aura” visual effect that changes every five kills you get in a single match (maxing out at 25) and a special Easter egg on the knife that triggers when you’re top fragging and have at least 25 kills.

Also Read: Valorant: What is the partnership structure being implemented starting from VCT 2023?

Added to Valorant in, at the time of writing, Valorant’s latest patch, the Kohaku and Matsuba bundle feature beautiful art, inspired by Japanese koi-art, with colour scheme alternating, some weapons having a white and blue scheme, others contrasting it with a darker black and red.

The skin also brought with it an Equilibrium knife, which has a fan-like animation similar to the one which came with the Celestial bundle, changing as the weapon is upgraded by the player. The bundle is also from the Deluxe tier, costing players 5100 VP.

Not to undermine all the bundles before it, but the Prelude to Chaos bundle released at the start of Episode 5 remains one of the most beautiful bundles of this episode. The whole bundle screams “dark sci-fi”, similar to what the fans loved in the Magepunk bundle. But this time, instead of steampunk, the design went full throttle towards a more mystical feel.

The magical yet futuristic look of this bundle feels right at home as a part of Valorant, with all weapons seemingly having a pulsating energy source, looking quite similar to a black hole. This Exclusive Edition skin bundle was also the costliest to come to this Episode, burning an 8700 VP-shaped hole in the buyer’s pocket.

These skins will definitely be something gamers will be trying to get in future Night Markets, as unfortunately, these ones won’t be a part of the pool of skins entering the upcoming Night Market rumoured to start after VCT 2022 concludes.