The article lists the top 5 Best Agents for Lotus Map in Valorant for players to have a good start. 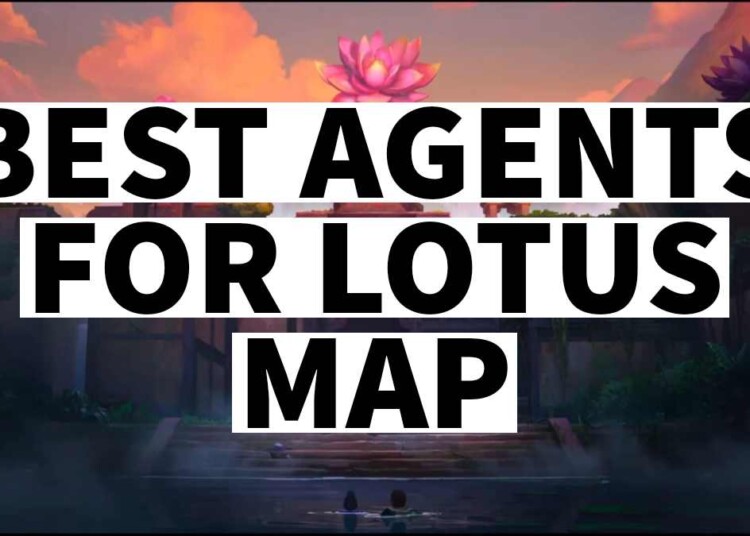 Valorant has recently released the Lotus map with its intricate details in the finest trailer possible before the launch of Episode 6. It has seen its fair share of pros and cons, but players are overall excited to try the newest map in the mix soon. Like always, there would be some agents to tip off a good start.

While the game provides a range of 17 versatile agents to choose from, not every agent is viable for every map and mode, and picking the right ones is the key to perfect gameplay.  The article lists the top 5 Best Agents for Lotus Map in Valorant for players to have a good start.

Related: Valorant player count: How many players are currently active in Valorant 2023?

Riot Game’s tactical FPS Valorant comes with new and innovative game modes and skins set for every other act of the game. Lotus is the latest map players will work with. Here are some of the best agents to work with in the map.

5 agents. All 5 players in the team will have the same agent in-game.

Jett is one of the best agents in the whole agent pool of Valorant. No matter how much Riot nerfs her she just can’t stay away from the limelight. It is always a great advantage for players their Jett peeks an off-angle, manages a good amount of kills, and uses her Tailwind as a free-from-jail card. The Lotus map has several up-and-down botches for Jett to exploit.

Lotus is a map with several nooks and crannies for enemies to hide. However, for the defenders, since the map is big, it gets difficult to take cover. That’s where Viper comes in.

With Viper Ultimate you can turn the game of Valorant into a game of hiding and seeking. Her toxic walls can easily make any map of Valorant into a maze, take advantage of that make your way in plant the spike, and wait because the game is about to be more toxic post-plant. After the plant, you can just line up or shoot your snake bite, making her one of the most deadly and Best Agents in this game mode.

Omen is described as a shadow hunter, whose origins are believed to be in the shadows. Teleport executes help Omen catch rotations without enemies knowing and the unaware will be awarded deaths. Omen can use his ultimate to scout ahead, pick off enemies from the flank, or simply plant the Spike on the other site. And being able to smoke from anywhere on the map can easily confuse opponents and provide much-needed cover for the squad.