Disguised Toast and LilyPichu are like the Dynamic Duo of OfflineTV. It’s the duo of the elder troll master and the sweet innocent student. Whenever both of them stream together it is always entertaining especially when Toast has the reins in a given situation. Recently on stream Disguised Toast and LilyPichu were doing a Wikipedia speedrun and the loser allowed the winner to tweet whatever they wanted from their account.

What was the competition?

Both the streamers decided to do a Wikipedia speed run. In this interesting game, both the players decide on a starting article and an ending article. Then they find their way from the origin to the destination through a series of links. The players cannot use the references and see also sections.

It was a best of three and the matchup was a close on as Lily won the first round, but in a great comeback Toast narrowly stole the second and third rounds from her. Now he could make her tweet whatever he wanted, he thought about it for a while after which he found the perfect tweet with which he could embarrass Lily.

Read: Find out why Lily and Toast were living on the edge on a recent stream here!

Toast was desperately searching for some inspiration, he had a Wikipeida article on bidets open while he did so and found the inspiration hidden in this article. “Sometimes I pee in Michael’s butt and pretend I’m a human bidet” is what he told Lily to tweet. She refused to do so in the beginning but then Toast suggested that she do so from her Alternate account and with a pinch of embarrassment she went along with the deal they made.

Read: Find out what Miyoung gave Toast for Christmas here! 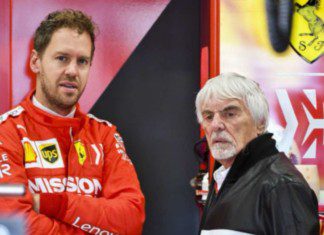 Justin P Joy - January 11, 2022
The 2021 season saw dominance of Red Bull and Mercedes and resurgence of Ferrari to the top 3 mix with their car and drivers...