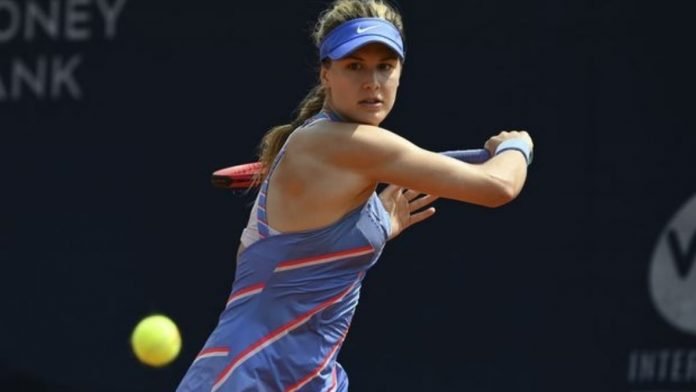 Eugenie Bouchard ended her tremendous week in Guadalajara with a defeat in the final to the Spaniard, Sara Sorribes Tormo. Bouchard lost in straight sets, 6-2 and 7-5 and had to be content with the runners-up trophy. However, the Canadian vented out her frustration in the first set after she was broken twice on her serve.

Trailing 5-2 in the first set and a double break down, Bouchard smashed her racquet. However, that burst of anger did not help Bouchard to better her performance as the fourth seeded Spaniard, Sorribes Tormo outplayed her, despite a tight second set.

Eugenie Bouchard battled all odds to make it to the finals at Guadalajara Open 2021. She defeated Caroline Dolehide in three sets in the first round. It was a remarkable victory for the Canadian as she had to make her comeback after being a set down.

In the second round, she defeated Kaja Juvan in straight sets and followed that up with another straight sets victory over Caty McNally in the quarterfinals. In the semifinals, Bouchard continued her fine form, defeating the Italian, Elisabetta Cocciaretto in straight sets. She dropped just one set before heading into the all-important finals.

The Canadian is now scheduled to play the WTA Monterrey Open, another 250 event. She opens her campaign against Zhu Lin of China in the first round. Her run at Guadalajara Open would have given her huge confidence, as she sets her eye on the rest of the season.