Euro 2020: Croatia goalkeeper Dominik Livakovic says that his team will have to unsettle Spain if they are to fancy their chances of beating the ’08 and ’12 Euro Champions 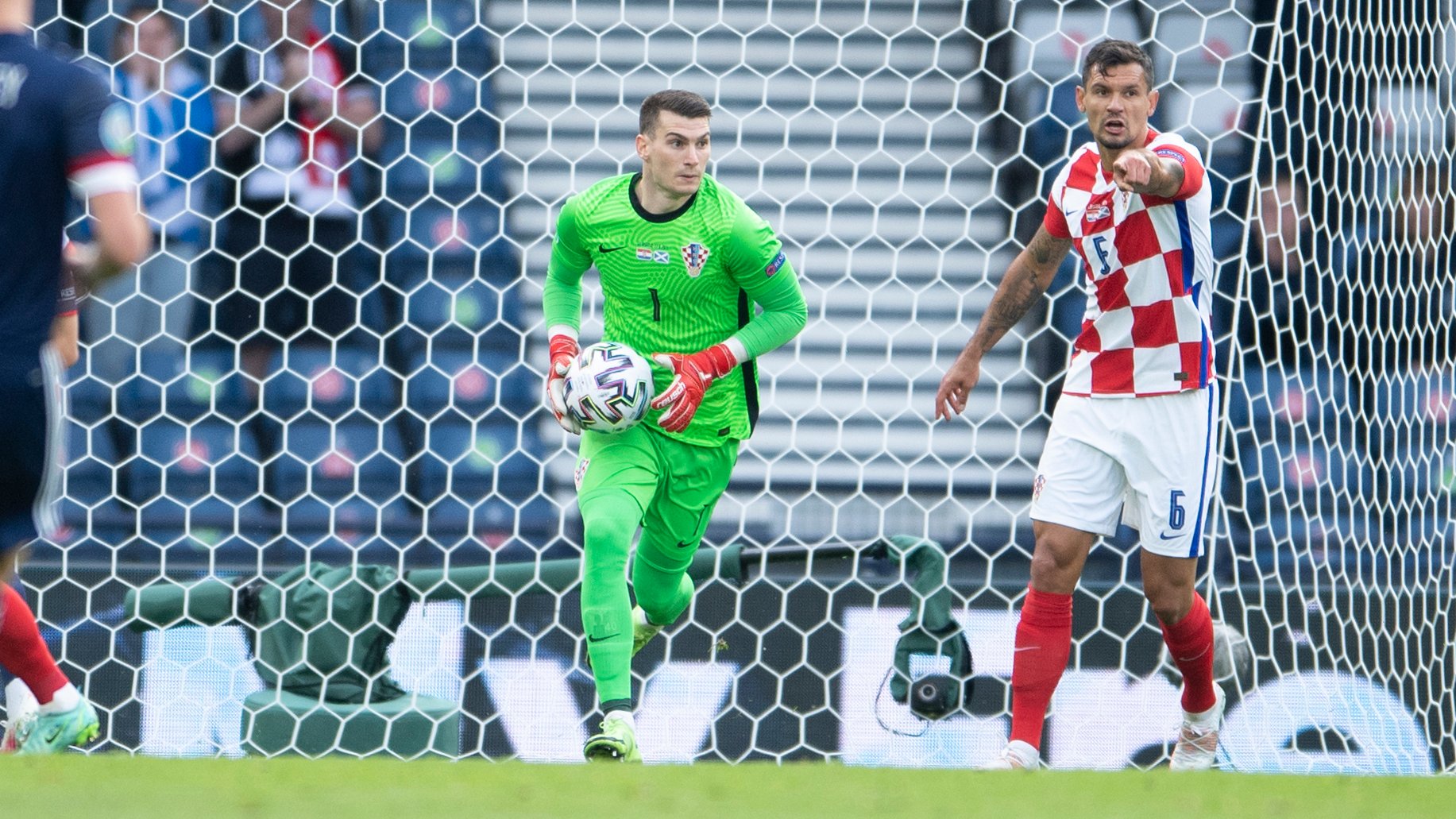 Euro 2020: Croatia goalkeeper Dominik Livakovic says that his team will have to unsettle Spain if they are to fancy their chances

According to Croatian shot stopper Dominik Livakovic, his team will have to keep possession for as much as possible and keep Spain from gaining the upper hand if they are to unsettle Luis Enrique‘s team in their round of 16 tie at Copenhagen on June 28th.

Croatia booked their round of 16 berth with a 3-1 win over Scotland in their last match of Group D, while Spain completed a 5-0 thrashing of Slovakia in their last group E game to set up a clash against the Croats in the last 16 of the tournament.

“I am sure they will be wary of us too,” says Dominik Livakovic ahead of the round of 16 clash against Spain

Croatia lost their opening match against England 1-0 followed by a lackluster 1-1 stalemate with Czech Republic, but will be receiving a massive morale boost following their 3-1 win over Scotland in their last EURO 2020 group game, which also secured their second place in the group.

However, Livakovic is of the view that his team must forget about the ups and downs of the group stage before padding up for Spain.

“The knockout stage is like a new tournament altogether and although Spain are an outstanding team full of top quality players, I am sure they will be wary of us too,” Livakovic told in a press conference at Croatia’s Rovinj base camp.

“We need to keep possession as much as possible and make them anxious because they don’t like playing against teams who can do that.” said Livakovic.

“It’s going be tough but at this stage only the best teams are still in the tournament. From here on you have to win every game to become the European champions.” Livakovic added.

Croatia manager Zlatko Dalic also further emphasized on the point that it is never easy in the Knockouts, specially against top teams such as Spain who can dominate the entire match if given the opportunity to.

“We’re up against one of the strongest teams left in the tournament who are pacy and full of energy, having showed their class against Slovakia,” said Dalic.

“It will be a high-octane clash and a real challenge but we showed in the second of those two Nations League meetings that we can stand our ground against them.”

“We’ll have to take the game to them and respond to their relentless pressing if we are to advance to the quarter-finals. Having our fans in numbers for the clash in Copenhagen will be a big bonus.” Dalic stated, assuring that his his team would give their everything in the game.

Croatia had beaten Spain 3-2 at home when the two teams last met in the 2018-2019 Nations League, after suffering a 6-0 hammering in the previous fixture, their heaviest in any international fixture. Croatia had also emerged victorious when they met in the group stage at Euro 2016, winning 2-1, meaning that Spain will be having a mountain to climb.

The winners of this fixture will will face either of 2018 World Champions France or Switzerland in the quarter-final. Now it is to see who comes out on top from this match.